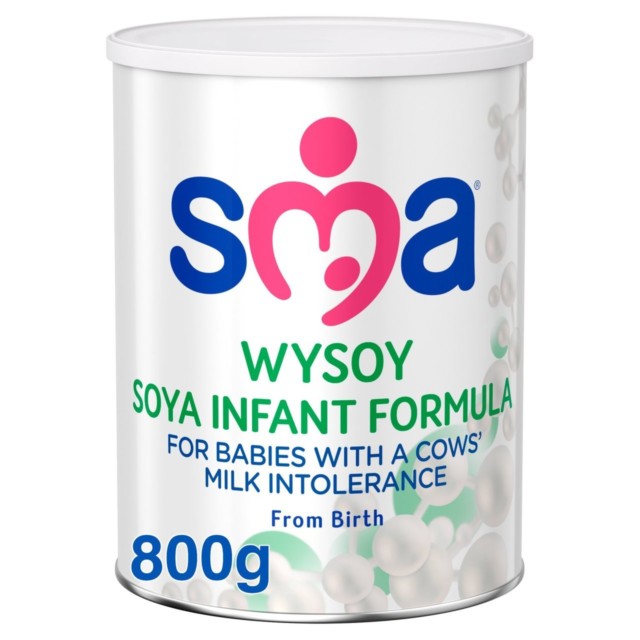 INFANT formula sold in the UK’s major supermarkets is being recalled over fears it contains pieces of blue plastic.

The presence of plastic makes it unsafe to eat, and could be a choking hazard to babies.

The product recall applies to 800g packs of the SMA Wysoy formula brand by Nestlé, which is for babies who have an intolerance to cow’s milk.

They will also have a best before date of either June 2022 or September 2022.

The recall has been issued after Nestlé found some cans contained pieces of blue plastic, which is used to make the scoops.

The formula is sold by the UK’s major supermarkets, including Asda, Morrisons, Sainsbury’s and Tesco with prices starting from £12.97.

If you have one of the affected cans, you should avoid feeding it to your baby.

HOAR has asked Nestlé how many packs are being recalled, and we’ll update this article once we hear back.

Nestlé said in a statement in the recall notice: “The safety and quality of our products are non-negotiable priorities for our company.

“We sincerely apologise to our consumers for the inconvenience caused by this voluntary recall.”

Other recent product recalls to look out for include Birds Eye chicken burgers, which have also been recalled due to plastic fears.

While Asda is recalling pasta ready meals for kids over concerns they contain pieces of blue rubber.

Plus,  Lidl is recalling beef and pork mince over fears it contains pieces of plastic.

All kids’ playgrounds and outdoor gyms across the UK will be shut in coronavirus...

Britain on verge of worst drought since 1976 with strict hosepipe bans likely as...