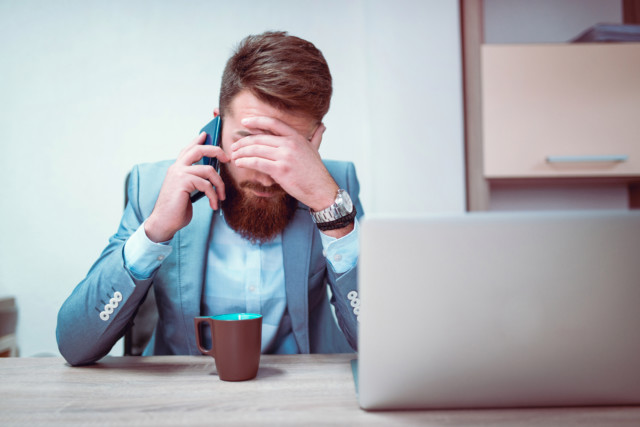 ONE in three UK businesses expect to make redundancies between July and September with the coronavirus crisis set to claim thousands more jobs.

A rise in pay squeezes and freezes on bonuses is also expected, in order to help save as many jobs as possible.

The warning, which comes from the Chartered Institute of Personnel and Development (CIPD) and recruiter Adecco, shows a 50 per cent jump in expected redundancies compared to three months ago.

Around a third (33 per cent) of employers are planning on cutting staff in the three months to September 2020, up from 22 per cent of employers who responded to the same report in May.

Staff in the hospitality, retail, transport and storage industries are expected to be worst hit, with tens of thousands of jobs already lost in these sectors so far.

Airlines including British Airways and Ryanair have issued jobs warnings, while WH Smith, Boots and John Lewis are some of the big-name retailers that are also cutting staff.

In total, around 38 per cent of firms plan to cut jobs in the private sector, compared to 16 per cent in the public sector.

However, the number of businesses who plan on hiring new staff also grew with almost half (49 per cent) saying they’ll take on new workers in the three months to September.

Pay cuts have been issued by 18 per cent of companies, while 33 per cent have pushed back bonuses.

It comes after separate research from the National Institute of Economic and Social Research claimed the end of the furlough scheme in October will make 1.2million Brits unemployed by Christmas.

Employees can still be made redundant even while on furlough, with fears growing that businesses could start axing staff due to government support being weaned off from this month.

The scheme will then finish at the end of October, with Chancellor Rishi Sunak already confirming that it won’t be extended.

Around 9.5million people have been furloughed by their boss since the scheme started in April 2020.

Latest figures show unemployment in the UK has already jumped by 649,000 workers since lockdown, with 74,000 extra jobs lost in June alone.

Meanwhile, the Bank of England (BoE) expects the economy to shrink by 9.5 per cent by the end of the year, although this is a smaller decline than the 14 per cent it had previously predicted.

GDP figures show the UK economy grew by 1.8 per cent in May as coronavirus lockdown restrictions were eased.

Gerwyn Davies, senior labour market adviser at the CIPD, said: “This is the weakest set of data we’ve seen for several years.

“Until now, redundancies have been low – no doubt due to the Job Retention Scheme – but we expect to see more redundancies come through this autumn, especially in the private sector once the scheme closes.”

Alex Fleming, country head and president of staffing and solutions at Adecco, said: “This latest report shows a mixed picture with regards to the status of the current labour market.

“Redundancy intentions have increased but, more positively, nearly half of UK employers are planning to recruit over the next three months, which could be an indication that businesses are reshaping for the future.”

What is statutory redundancy pay, how much notice must your employer give and what are my rights?

Here are ten things you need to know if you’re at risk of losing your job.

Almost 20 per cent of workers are STILL on furlough amid fears of mass unemployment.

Love Island’s Millie Court wows in feathered outfit as she steps out in LA...