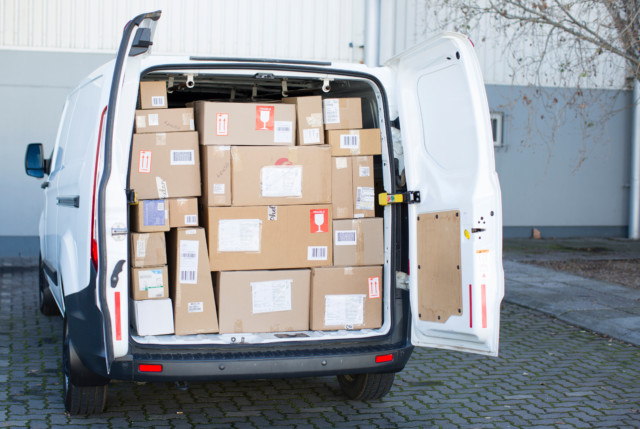 It’s estimated an extra 200million parcels are being processed this year as customers turn to online shopping amid the coronavirus outbreak.

Since the first lockdown in March, the number of shoppers turning to the internet to buy goods has soared.

The latest lockdown in England, along with further restrictions in Wales and Scotland, has forced shoppers away from the high street.

But the delivery system is struggling to cope with the influx, despite huge recruitment drives from services such as Post Office, Amazon, Yodel and Hermes.

There are also fears that severe weather, such as ice and snow, could delay Christmas deliveries even more.

It comes a month after retailers issued a warning to ministers that festive gifts wouldn’t arrive on time unless shops were given more clarity over lockdown restrictions.

Shops have also been urging customers to start Christmas shopping as early as September this year to make sure gifts arrive on time.

This year, that is expected to jump to 592million in the weeks before Christmas as families turn to posting gifts to loved ones they won’t be able to see over the festive season.

Mr Jinks told the Daily Mail: “Given the strain on delivery services already, we won’t be at all surprised if many more retailers change to even earlier final order dates as Christmas nears.”

Topshop – which fell into administration on Monday, The White Company and Agent Provacateaur have moved last order date to December 21 – two days earlier than the original December 23 deadline.

Evans Cycles customers must now place orders by December 17, five days earlier than the date it had first set, which was December 23.

Some have suspended next-day deliveries altogether.

Topshop is no longer offering its “express to home” and “express to parcel shop” service and as well as scrapping next day delivery, The White Company is warning shoppers of possible delays of up to 14 days.

Meanwhile, Superdry is quoting customer two delivery dates depending on whether its sourcing the products from its UK or Belgian warehouses.

Mr Jinks added: “Some retailers are struggling in the face of unprecedented demand.

“It’s too early to say if it will snow at Christmas, but we can forecast a delivery meltdown if stores don’t pull back final order dates dramatically.”

Environmentalism, feminism, #MeToo but WHY cant precious celebrities get angry about the normal societal...