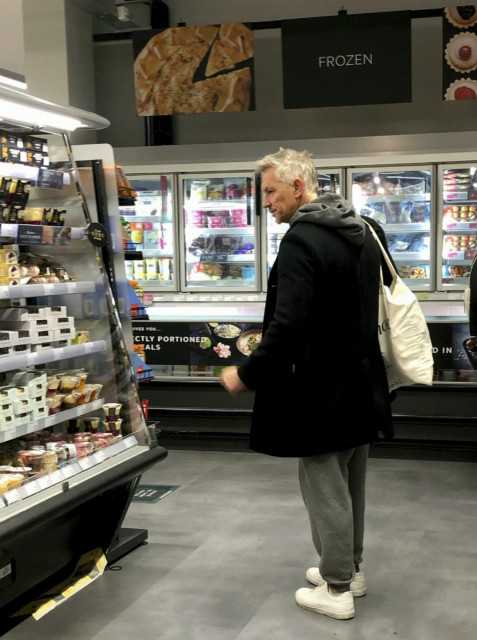 ENGLAND goalscoring legend Gary Lineker faced embarrassment this week when he forgot to wear a mask while shopping in M&S . . . but being absent-minded can leave you £2,500 out of pocket too.

For example, regularly forget your shopping bags and you could shell out more than £50 a year on new ones.

That is just one way in which being organised and alert can prevent you wasting your hard-earned cash.

Today we look at some of the savings you can make by planning ahead.

Save bags of cash IF you don’t bring your own bags, you will end up paying at least £1 a week, based on five bags being used for each weekly shop.

Over a year that will cost you £52, or more if your supermarket charges over 20p.

TIP: If you drive to the supermarket, always keep some bags in the car so you won’t forget. We have become a nation of super-subscribers

LOCKDOWN has led to us becoming a nation of super-subscribers, with the average household signed up to seven services.

The typical spend is £552 a year, or £46 a month, on packages ranging from meal kits to telly services, according to research by Barclaycard.

Entertainment subscriptions such as Amazon Prime and Netflix are most popular, ahead of food and meal packages, followed by health, wellbeing and grooming kits.

Often, people sign up to these kinds of services to take advantage of a free trial for a month — but then forget to cancel.

After that, they end up forking out for novelty deliveries or services they might no longer want.

TIP: Set a date to review monthly subscriptions and cancel the unwanted ones. Forgetting to MoT your car could get you a £1,000 fine

BEING forgetful can land you with fines, however law-abiding you think that you are.

Gary Lineker proved the point this week after he was spotted in Marks & Spencer without a face covering — a mistake he blamed on being forgetful in “old age”.

He risked a fine for £200 but is understood to have been let off.

Other “memory penalties” include forgetting to MoT your car and telling the DVLA you have moved home, either of which could get you a £1,000 fine.

Not filing your tax return in time could cost you £100.

TIP: Don’t neglect your paperwork, whether it be keeping your tax affairs organised or updating addresses when you move home. PEOPLE who always make a shopping list spend almost £200 a year less on groceries compared to those who don’t, according to the Money Advice Service.

That is because those who don’t plan their meals often buy more than they need, or forget what they already have in their cupboards and buy unnecessary duplicates.

TIP: Before heading out shopping, plan your meals and check to see what’s already in your kitchen. CHRISTMAS bargain hunters can save as much as £200 by planning when they shop.

That is because prices fluctuate all the time, with some days more expensive than others for certain goods.

If you tend to leave it to the last minute, you might get lucky and find a cracking deal on Christmas Eve.

But that is just chance.

Price-comparison site Idealo found if you are looking for video games, the cheapest day to order them online was November 2, when the average price last year was £20.17.

TIP: You can see when the best days for buying are on Idealo’s app. NEVER let insurers decide what you pay them.

People who stick with the same firm for more than five years typically pay £85 extra a year for car cover and £122 for home polices than new customers, says the Financial Conduct Authority.

Plans to stop this happening will not come into force for at least another year.

Likewise, families that don’t switch energy suppliers pay around £200 a year more than they need to.

TIP: Note in your diary when premiums and tariffs need to be renewed. FRESH help for tradesmen, hairdressers and taxi drivers hit financially by Covid is available – but nearly three-quarters are confused by the terms.

So we got tax expert Tommy McNally to explain the new grant announced this week for the self-employed and give his verdict.

The support covers the period from the beginning of November 2020 until the end of January 2021.

The Self-Employment Income Support Scheme grant is for up to 40 per cent of your “average monthly trading profits” for a period of three months, but will be capped at £3,750.

Those applying need to show that demand for their business has dropped, so a taxi driver might argue there are fewer people taking cars as they go out less.

HMRC will check how much you should receive, so you do not need to do the calculations yourself.

However, you must actively claim the grant to receive it.

The grant does not need to be repaid but it will be subject to Income Tax and self-employed National Insurance.

HMRC will decide on eligibility based on the following:

On the new self-employment scheme, Tommy, who runs the Tommys Tax app and website, said this week: “The new measures are welcomed as an improvement but 40 per cent still leaves the self-employed struggling to survive and too many (around a third) will be excluded due to the eligibility criteria.”

Did you miss our previous article…
https://www.hellofaread.com/money/from-tickling-tummies-to-fussy-eaters-your-pet-queries-answered/

The supermarkets where prices are rising the most revealed

Im A Celebrity 2019: Cheryl and Girls Aloud pals plotting to get hated ex-bandmate...

Who is Rishi Sunak?