TEMPERATURES are dropping just as average energy bills rise to a chilling £2,500 from this month.

Homes will get a £400 energy bill rebate, but with so many other costs soaring, it’s important to cut back where possible.

Average energy bills rise to a chilling £2,500 from this month

The Government’s Energy Price Guarantee only caps how much you pay for the units you actually use, so the less you consume the better.

Harriet Cooke looks at the gadgets and gizmos you can use to save energy – and your bank balance.

A SINGLE blanket on its highest setting costs around 1.4p an hour to run. It’s 3p for a king size.

In contrast, firing up a 24kw boiler to warm just one room in the house costs an average £2.47 for an hour, according to Energy Helpline.

This saving would add up to £290 if you used a king size blanket instead of heating for an hour every night from November to February.

PUTTING reflectors or tin foil behind your radiators stops the heat disappearing into external walls.

There’s no need to bother if the walls are internal. 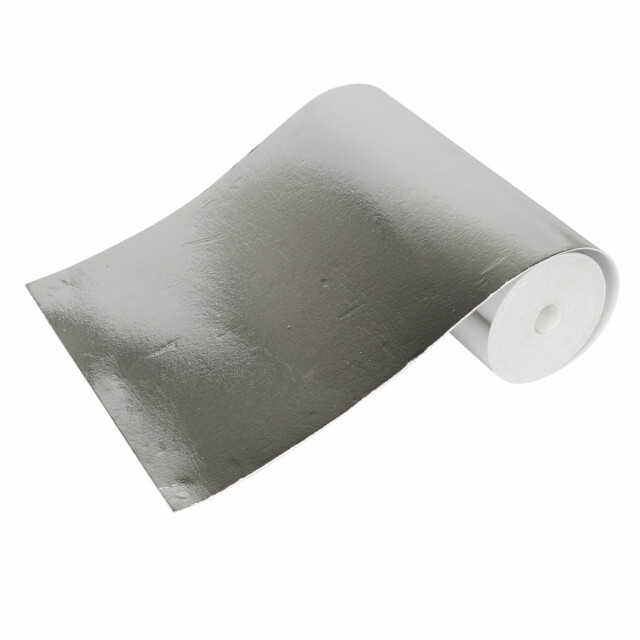 Ben Gallizzi, energy expert at Uswitch.com, said: “Radiator reflectors cost as little as £14 for a roll, but some products claim to reduce heat loss by up to half.

“With the average household spending more than £900 a year on heating, even a five per cent efficiency saving would cut your gas bill by £45.”

When the heating is on, you might put clothes on radiators or racks instead, but this can cause condensation and mould. 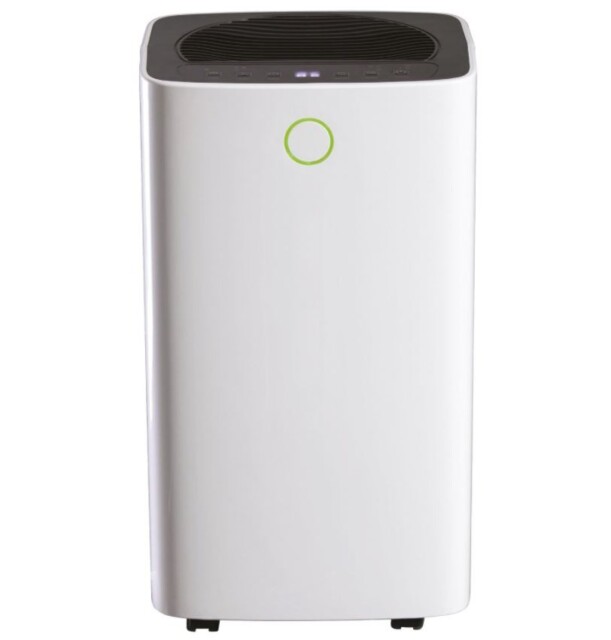 A dehumidifier costs around 13p to run for two hours, so around 25p for four hours a week – £13 for the year

You won’t want to waste heat by opening your windows, so try a dehumidifier instead.

FOR a speedier way to dry your laundry, try a heated airer – which cost around 10p for every hour of use.

Uswitch reckons they save £84.86 a year versus the cost of a tumble dryer. 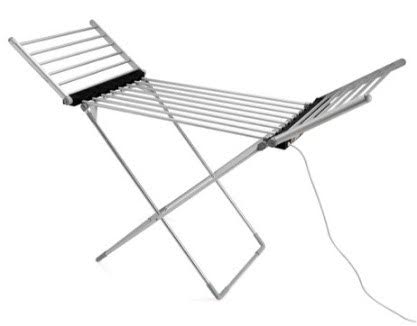 For a speedier way to dry your laundry, try a heated airer – which cost around 10p for every hour of use

IF you do use your tumble dryer, placing wool balls in with your washing can reduce drying time by a quarter.

They help retain heat and prevent laundry from clumping. 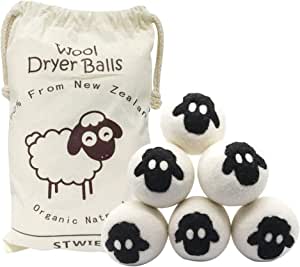 If you do use your tumble dryer, placing wool balls in with your washing can reduce drying time by a quarter

So using the dryer balls twice a week for a year would save around £26.52.

LED bulbs use up to 80 per cent less energy than halogen bulbs and cost as little as £5 for a two-pack from Tesco. 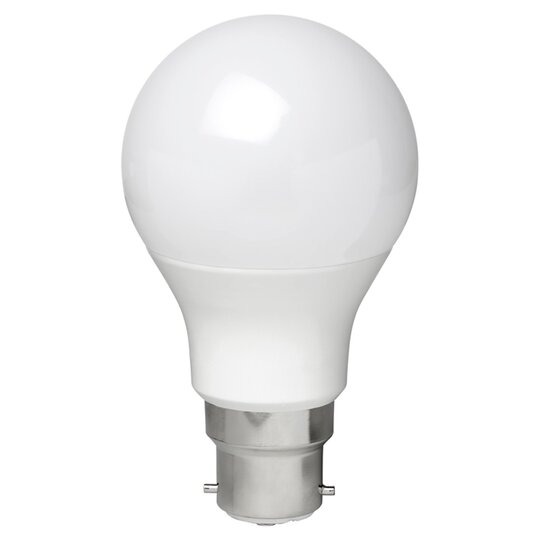 IT’S time to track your energy usage in detail.

Samsung’s SmartThings Energy app shows what individual appliances cost you each day and sends alerts if you reach your daily budget. 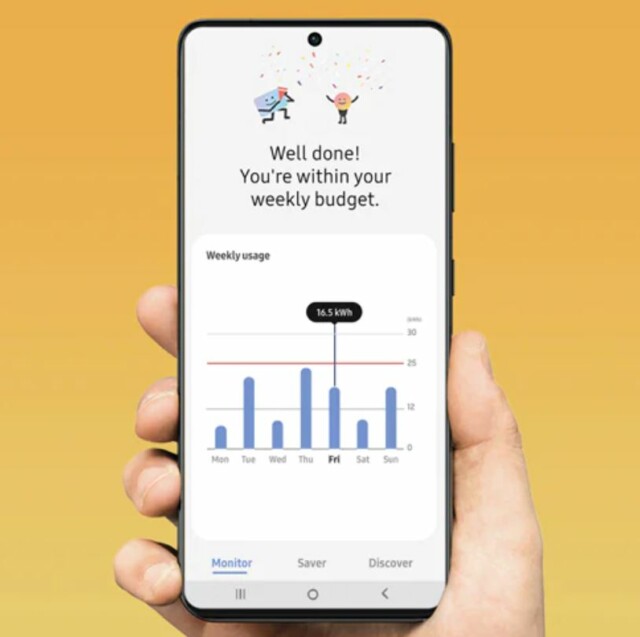 It claims some users have saved £200 on their bills compared with the previous year.

On the Currys website you can see how much products will save in energy costs compared with the least efficient model.

‘Costs soar when work from home’

TEACHER Michelle Pitt, 35, and husband Charlie, 37, a graphic designer, were surprised to discover how much energy they used in their five-bedroom home in Sutton Coldfield, West Mids, where they live with son Luca, seven.

The family have a smart meter but installed Samsung’s SmartThings Energy app – which works with any smart meter – after their bills trebled from £150 to £450 a month. 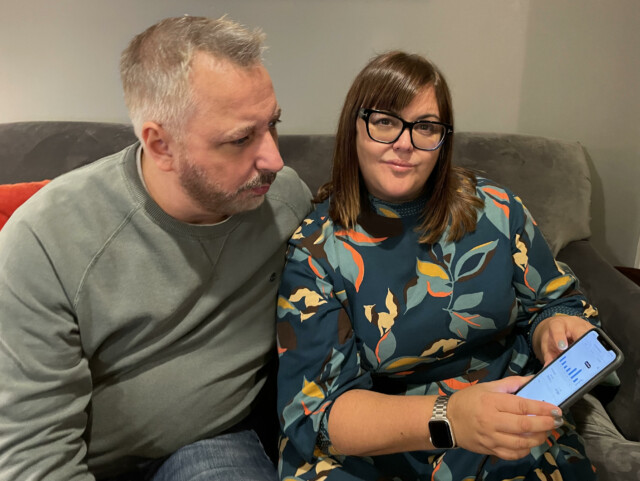 Michelle Pitt, pictured with husband Charlie said: ‘It’s easy to track the cost of the energy we’re using hour by hour and see which appliances are most expensive’

Michelle said: “It’s easy to track the cost of the energy we’re using hour by hour and see which appliances are most expensive.

“We were shocked to discover that when my husband works from home, it costs us about £5 or £6 a day because he uses several computers at once.

“I also noticed a big surge in use from 6pm to 7pm, where we spent about 70p in an hour because we had three TVs on in different rooms.

“If we’re not in, we spend about 8p an hour, which I think must be due to the fridge and devices on standby.

“You can’t see how much energy each appliance is using if it’s not a smart model, but because it shows your energy use hour by hour, you can roughly work it out.”

THOUSANDS of Shell Energy customers will get an extra £150 to help them pay their bills this winter.

The supplier is boosting the standard £150 warm home discount payment for all 157,000 customers who get the help.

If you qualify, you’ll receive double the usual amount, meaning you will get £300 in total.

You get the bill discount if you were receiving certain low-income benefits and joined Shell Energy on or before August 21 this year.

Unlike previous years, the support will be paid automatically and you don’t have to apply.

We’ve asked other suppliers if they will be boosting payments and will update readers when we hear.

If you qualify, you should get a letter from the Department for Work and Pensions in October confirming this.

Payments will likely begin in December, but it varies by supplier.

CUSTOMERS are being offered up to £200 to switch current accounts – just in time for Christmas.

Nationwide building society is making the £200 offer while TSB is paying £180 to entice customers to move to them. 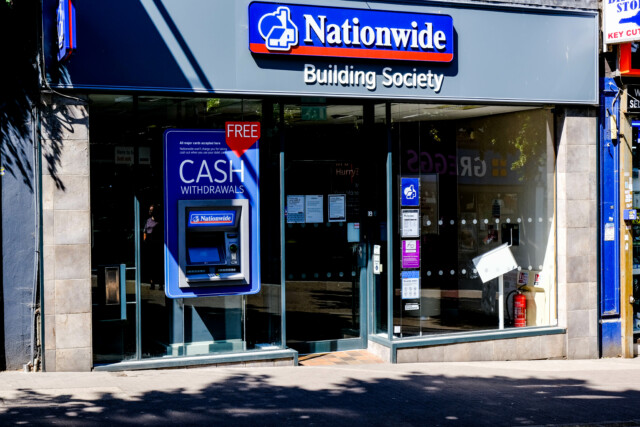 To get the £200, you need to switch from a non-Nationwide current account to its FlexDirect, FlexPlus or FlexAccount and set up two active direct debits.

The cash will then be paid within ten days.

Some may also qualify for a 12-month interest-free overdraft.

TSB is offering £180 to switch to its Spend & Save account, paid in two stages.

You’ll get £125 after setting up two or more direct debits.

This should be paid before December 16, depending on when you open the account.

You’ll get the remaining £55 after using your debit card five times and paying £500 into the account.

You need to switch through Money SuperMarket or MoneySavingExpert to get the payout.

Aldi’s father’s day 2020 range includes Only Fools and Horses toys and a vinyl...

Emmerdale spoilers: Harriet devastated as Will dumps her over Malone’s murder – and she’s...