SCAMMERS are using rocketing energy bills to con customers out of hard-earned cash when they need it most.

The average household still faces having to pay £2,500 a year for energy — despite the government’s cap on unit prices which came into effect yesterday.

But as the cost of living soars, fraudsters are using scams, such as fake energy bill refunds, rebates and debt collector demands, to prey on the vulnerable.

Jenny Ross, editor of Which? Money, says: “The rising cost of energy has provided fertile ground for fraudsters to exploit.

“With energy bills set to rocket again dramatically this winter, these types of scams are likely to increase.”

This week, Harriet Meyer, reveals the energy scans to watch out for and how to protect yourself.

1. YOU GET A TEXT OR EMAIL OFFERING A DISCOUNT

SCAMMERS are taking advantage of confusion around how the government’s energy rebate scheme is paid.

You’ll get a text or email that appears to be from energy regulator Ofgem or the Government offering an “energy bill rebate” for £400.

Click on the link and you’ll be directed to a fake application form.

Remember, your £400 energy rebate will be paid automatically — you don’t need to do anything.

The money will be deducted from your bills over six months from October.

2. YOU GET A TEXT CLAIMING YOU ARE DUE A REFUND

FRAUDSTERS send an email claiming to be from your energy supplier.

It says you’re due a refund as you paid extra.

The email contains a link that directs you to a form to fill in your personal information and bank details, according to the UK’s leading fraud prevention service Cifas.

Remember, your energy firm would never ask for information in this way.

Jenny Ross says: ‘The rising cost of energy has provided fertile ground for fraudsters to exploit’

CRIMINALS are cloning prepayment meter tokens with credit and selling them for a reduced price.

For example, they advertise it as £60 off an electricity meter top-up if you hand over £30 in cash.

But you end up paying for the same amount of energy twice, as your supplier never receives the payment and the tokens are fake.

4. TEMPT YOU WITH CHEAPER DEALS

MANY of us are worrying about skyrocketing energy bills.

You are usually able to fix your tariff to provide security and reduce costs.

But there are currently no fixes on the open market that are worth switching to, unless you are willing to pay a fortune.

Scammers are calling people claiming they are from a price comparison site that is offering a special offer for a limited number of customers.

They will urge you to switch now to secure the deal, to get you to sign up to the fake offer, and grab your bank details in the process. Avoid at all costs.

SCAMMERS may attempt to get you to sign up for fake energy-efficiency grants and initiatives as a tough winter approaches.

Some are pretending to offer the Green Homes Grant, which closed in 2021.

You could get a scam text, email or call saying you were eligible for the grant.

Over 55s are most likely to be targeted by phone, while under 55s are approached by email.

FRAUDSTERS have tried to sell a scam device that goes by several names, including Motex, Voltex and Voltbox.

The inventors of the product that looks like a plug you insert into a power socket were said to be German entrepreneurs, but the picture of them was a stock image taken from an online photo supplier.

The device cost £59 online, but the gadgets would not only leave you out of pocket but also put your life in danger.

None of them passed the Which? basic safety test and were at risk of causing fire or electric shocks, and there was no evidence that they would save you anything on your energy bills.

MILLIONS of insurance customers could have fees waived if they need to change or cancel their policy due to the cost of living.

Policyholders struggling to afford their car, home or other insurance payments will receive support to prevent them from cancelling cover and losing protection.

The Financial Conduct Authority (FCA) is reminding insurers of the steps they must follow when customers are in difficulty, warning it will take action if they are not treated fairly.

Anyone who is struggling should call their insurer before cancelling a policy to see what options are available to them.

Insurers should see if they have a cheaper policy that would be more suitable and waive switching or cancellation fees that might normally apply, the FCA said.

It is reminding firms that they must provide clear information to customers about the cost of added extras like key cover with car policies or boiler cover with home insurance.

Sheldon Mills, executive director, consumers and competition at the FCA, said: “Firms should not unfairly penalise customers for any payment difficulties but instead work with them to find solutions.

“We want people getting the cover they need at a cost they can afford.”

5P OFF LITRE OF FUEL

MORRISONS customers can get 5p off every litre of petrol or diesel purchased.

Customers who spend £40 in stores up to October 9 will get a coupon they can use in 339 petrol stations around the UK. 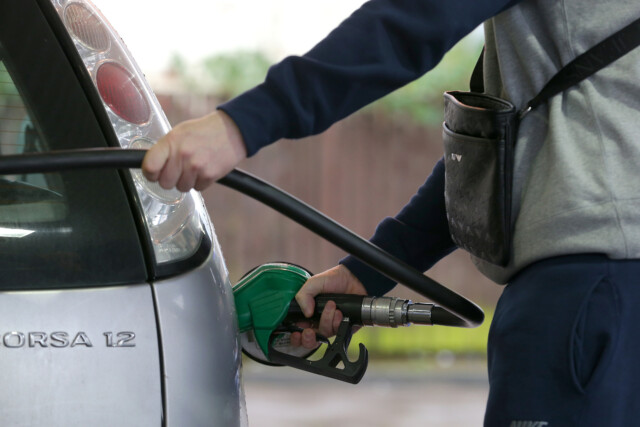 Some items like tobacco, fuel, lottery tickets, scratchcards, baby formula, giftcards, phone top-ups and certain other purchases will not count towards the spend needed to earn a voucher.

And drivers will not be able to use the fuel coupons at Morrisons Daily petrol station franchises.

But the vouchers, which can be used until October 16 and when buying up to 100 litres of fuel, will offer much-needed help to drivers struggling with rising living costs, from grocery bills to energy.

Fuel prices reached record highs earlier in the year, but have since fallen back.

Motorists who are unsure where they can spend the vouchers should use the store locator tool on the supermarket’s website to find their nearest participating station.

For further help finding the best value petrol and diesel, drivers can search on the Petrolprices.com website or download the app.

Britain’s Got Talent fans freak out as magician Kevin Quantum has brush with death...

All shops could still reopen in 12 days time even if coronavirus alert state...