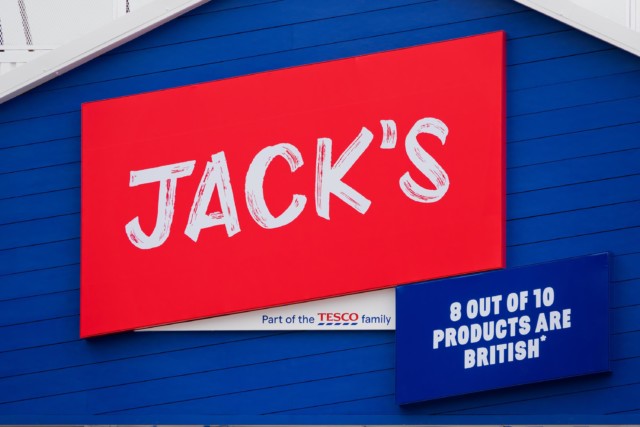 TESCO is to start selling its Jack’s products in Budgens and Londis stores this month.

The range is made up of 30 Jack’s items, including foods such as cheese, meat and cakes.

Both convenience store chains, which are owned by food wholesale company Bookers, can set their own prices – which means you may end up paying more, or paying less, than you would in Jack’s.

Londis has around 2,000 shops in the UK, while Budgens has 260 – but it’s unclear if all these stores will be getting the Jack’s range.

Jack’s products won’t be available in other Booker’s convenience stores though, such as Premier or Family Shopper.

The move follows the rollout of the 50 Jack’s items into One Stop shops last month.

We’ve asked Booker for confirmation on how many stores will get Jack’s products and we’ll update this story when we know more.

A Booker spokesperson said: “We’re excited to bring Jack’s products to our Budgens and Londis retailers from the end of September.

“With the introduction of Jack’s products, the range will offer our retailers even more choice of great quality, great value food.”

What is Jack’s and when did it launch?

Jack’s, which is named after Tesco founder Jack Cohen, was launched by the supermarket chain in 2018 to take on rivals Aldi and Lidl.

You can use the online shop finder tool to see where your nearest store is.

The budget chain has a much smaller amount of products compared to Tesco – just 2,600 versus the tens of thousands in normal Tesco branches.

Jack’s customers don’t earn Tesco Clubcard points when shopping in Jack’s stores, so the same will apply when buying Jack’s products in Budgens or Londis.

As of May last year, Tesco has also started selling some Jack’s items in its main stores. You’ll earn Clubcard points on these purchases.

It hasn’t all been plain-sailing for Jack’s though.

Tesco axed its first Jack’s store just one year after it launched following feedback from customers.

HOAR has rounded up how Jack’s prices compare to Aldi and Lidl.

Tesco has also considered opening stores dedicated to its posh “Finest” food range – although it hasn’t announced any yet.

EastEnders Lacey Turner reveals decision not to breastfeed son Trilby after he was born...

Boris Johnson to give press conference at 5pm tonight after 3 million vaccinations dished...

Love Island star is unrecognisable after clown makeover for Halloween