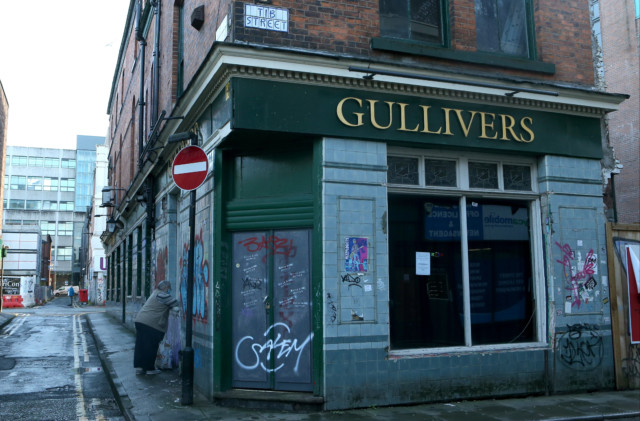 TENS of thousands of pubs, restaurants and cafes face collapse unless the bulk of their rent arrears are permanently “forgiven” by writing them off according to leading restaurateur Hugh Osmond.

A £1.6billion “rent backlog” has built up in the sector after a ban on evictions was introduced in the early days of the pandemic, and then extended.

The hospitality industry has been hit hard by Covid-19. Pictured is a closed pub in Manchester

Many independent pubs and restaurants have not paid rent for nine months nor reached a deal with their landlord and will be around £50,000 in arrears by Christmas.

“If they have to repay their rent, it is curtains for most operators, whether large or small”, Mr Osmond said.

The founder of Punch Taverns, Pizza Express and most recently, Various Eateries, added: “For the survival of hospitality this needs sorting out.

“None of us wants to see our favourite pub or restaurant boarded up for ever.”

His comments come as the ban on evictions was extended again yesterday by three months to the end of March.

But while this may help in the short term, it will only make the situation worse after that, Mr Osmond believes.

“Every quarter the moratorium goes on will only add to the backlog,” he explained.

Instead he backs “rent forgiveness” to head off what is set to be looming “destruction” of the industry.

Mr Osmond believes the proportion of rent forgiven should match the sales lost during the outbreak when pubs, bars and restaurants were closed by the Government or operating under restricted conditions.

Australia has already brought in the measure by primary legislation, giving their own battered hospitality industry a lifeline.

Yesterday the UK government said it would review commercial landlord and tenant legislation.

Did you miss our previous article…
https://www.hellofaread.com/money/sign-up-for-five-free-initiatives-which-are-making-a-positive-difference-to-jobseekers/

The Queen gave President Bush a look only a mother can give a child...

EastEnders spoilers: Kush Kazemi takes drastic action as he appears in court for the...