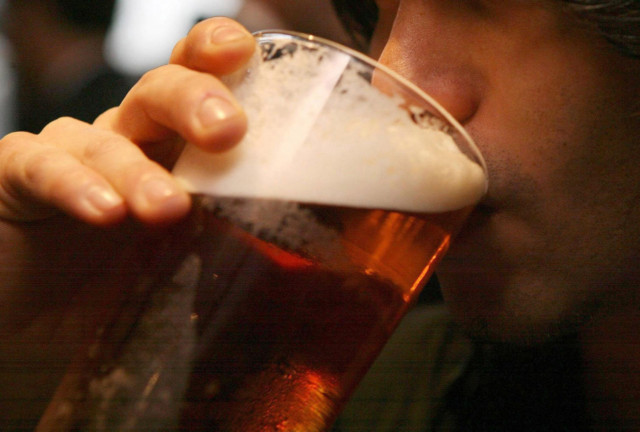 DRINKERS hoping for a cheap pint at their favourite pub will be in for a nasty surprise after pub chains hiked prices on all drinks.

Beers, wines and spirits are all going up by 10p at Wetherspoons as the chain’s 900 pubs re-open tomorrow.

The cost of a pint of lager or bitter will go up by as much as £1 when Samuel Smith’s pubs also open their doors.

Most of the Spoons famously cheap meals have also been pushed up by up to 20p.

Prices across the UK’s JD Wetherspoons boozers vary depending on location.

In The Oxted Inn, Surrey, the price of an Ultimate Burger and pint or other alcoholic drink has gone from £7.75 in March last year to £8.30 after this and other price hikes.

That’s a 55p rise equivalent to 7% while inflation has hit a low of 0.5% during the pandemic, the lowest level for four years.

Over the last three years the price of the ultimate burger deal has gone up several times from £7.25 in early 2017 to the current £8.30 in newly released Wetherspoons menus. Sneeze screens have been put up between tables

Other deals like small plates which were three for £10.25 in June last year are £10.75 in some pubs like The Powder Monkey, in Exmouth, and up to £11 in others, like the V-Shed in Bristol.

One insider said: “New menus have been sent out across the country and it seems that the Wetherspoon pubs are keen to recoup money lost during the lockdown as soon as possible.

“I think they hoped people would have forgotten what the prices were in March and this would all just slip under the radar.”

The Yorkshire based brewery operates around 200 pubs and famously banned phones to encourage drinkers to chat rather than stare at their screens.

A Sam Smith’s landlord, who asked not to be identified, said: “It’s a heck of a price hike – I don’t know how I’m going to explain it to the customers. It’s not going to make reopening after the lockdown any easier.”

“All we can say in this area is that we try to keep prices as competitive as possible.

“From time to time there will be price rises but we always try and minimise them.

“Even with price rises, the entire pub industry, including Wetherspoon, will be less profitable than before pubs closed, because costs will be so much higher.”

Details of the new prices are on new disposable menus which are intended for one use only so they do not transmit coronavirus.

They are part of an £11 million plan to deal with the Covid 19 threat, which includes dedicated staff members cleaning surfaces and handles regularly, protective screens put up in dense seating areas, and at tills.

Customers will be asked to pay and order through the Wetherspoons app and if not using contactless payments.

Tim Martin, boss of JD Wetherspooon, has previously played down the risk of Covid 19 transmission pubs, but changed his mind and accepted the Government’s decision to keep pubs shut was ‘fair enough’.

Tom Stainer, Chief Executive of beer and pub lobbying group CAMRA said: “We do understand that pubs are facing increased overheads and reduced income due to restricted customer numbers, and may have to consider raising prices to make ends meet.

“We’d hope that this kept to a minimum, as pubs will be trying to persuade people to head back to the local.

“Many people have been drinking cheap supermarket beer during lockdown, and price rises won’t help to persuade people to return to the pub.

“I would hope that any price rises are reasonable and purely to ensure pubs are viable on reopening, rather than taking advantage of the situation to hike prices unreasonably.”

Did you miss our previous article…
https://www.hellofaread.com/money/sun-superdays-are-back-so-heres-how-to-enjoy-a-day-out-at-a-theme-park-again/

Caroline Flack found out CPS were pressing ahead with assault charge against her hours...

Meghan Markle has been targeted for being an older woman, American divorcee and simply...