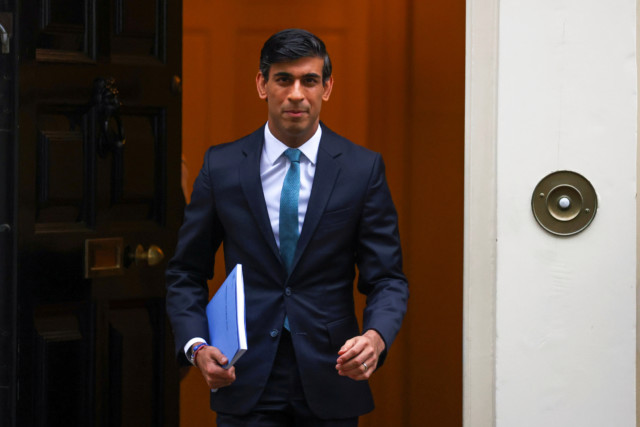 RISHI Sunak has reportedly offered to give six million people a one-off £1,000 payment.

This is part of plans to remove the current £20 a week Universal Credit increase.

Rishi Sunak has reportedly offered to give six million people a one-off £1,000 payment

How can I get the £1,000 one-off Universal Credit payment?

The details of how it could be received are unclear at this stage.

The payment would be made up-front.

What has Rishi Sunak said about the payments?

The Chancellor has not commented on the payments.

But the Telegraph reports a Government source saying Sunak and his team saw the one-off payment as a way of boosting the economy.

The source said: “One of the motivations of the Treasury is they think people will go out and spend it and help stimulate the economy.”

Will the payment be an alternative to the current £20 a week increase?

Yes. The £1,000 lump sum is to compensate for the end of the temporary £20-a-week increase in benefits.

The move would be a concession to Tory MPs representing northern seats won from Labour in the 2019 election.

They have expressed concern that removing the payment, due to expire in April, will hurt their constituents.

More than half of the 5.7 million people receiving universal credit have signed on for it since the start of the pandemic.

In the past we’ve explained how people can claim freebies while on Universal Credit or benefits.

We’ve also explained how to get extra help if you’re struggling.

Did you miss our previous article…
https://www.hellofaread.com/money/boohoo-buys-debenhams-website-and-brand-but-stores-and-staff-jobs-still-at-risk/

Grant Shapps claims HE is the reason Boris Johnson resigned – hours after he...

Brexit news: Latest updates at 7am as Boris Johnson has apparently found another way...

How tall is Pete Wicks, did he cheat on Megan McKenna and what age...