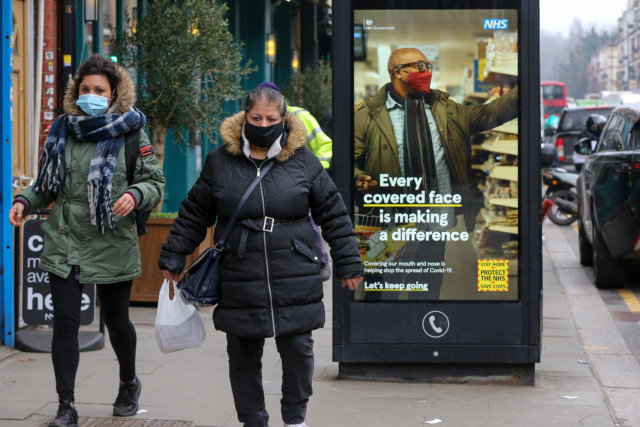 ALL Brits who have to go into work and can’t stay home are now able to get rapid result Covid tests, it was confirmed last night.

Previously only businesses who had more than 50 employees were able to get their hands on lateral flow tests, but this is being expanded.

And this number is set to increase as kids going to school and their families will be able to get tests twice a week from March 8.

The Government has said these tests are not compulsory but are “highly recommended”, and Mr Hancock last night urged everyone to take up the offer of tests if they can.

The Health Secretary said: “Regular workplace testing is a vital part of our route back to normal life, which is why I’m very pleased that we’re now expanding our offer of free workplace testing to businesses of all sizes, including SMEs.

“These rapid tests will allow positive cases of Covid-19 to be caught quickly, which is crucial in helping businesses protect their workplaces and employees as we cautiously lift restrictions.

“I urge all businesses to register their interest in the programme before 31 March to help break chains of transmission and keep people safe.”

Businesses have to sign up by the end of March to take part, and tests will be free until the end of June. On top of testing in schools and now businesses, surge testing is being deployed in areas where Covid variants have been found.

Around one in three people still don’t have symptoms of Covid, and are passing it on to others.

It is hoped widespread testing will help bring the number of Covid deaths and infections down over the coming weeks.

Numbers in the UK have already fallen by a third in a week with 236 fatalities and 5,947 cases recorded in the last 24 hours.

It is the biggest week-on-week drop since the second wave peak of the pandemic.

The dropping death toll raises hopes Brits are past the darkest time of the virus.

Mr Hancock told a Downing Street briefing that UK deaths are continuing to drop as the vaccination programme is rolled out across the country.

He said the “number of deaths from Covid are declining steeply” and the decline was accelerating, with numbers halving every 11 days, compared to every 19 days last month.

Hospital admissions are also falling at the fastest ever rate, he added. Mr Hancock said all the data showed “we’re heading in the right direction” and the vaccination programme “is protecting the NHS, saving lives right across the country”.

He added: “Not only that, there are fewer people dying from all causes in care homes than is normal for this time of year.”

But there are new warnings to stick to the lockdown after the R rate crept up again.

The R rate – which represents the number of people an infected person will pass Covid onto – is between 0.7 and 0.9 across the UK, Sage said yesterday.

In hospitals in England, 174 deaths were recorded.

Patients were aged between 26 and 102, and six people – aged between 61 and 89 – didn’t have a known underlying health condition

A further two people died in Northern Ireland, while 11 new deaths were reported in Scotland and 12 in Wales.

Data published by the Office for National Statistics (ONS) yesterday revealed that infection rates are now the lowest levels since October.

However, stats experts say infections are rising in the North East and Yorkshire.

And between February 21 and 27, around one in 220 people living in private households had Covid – the equivalent of 248,100 people.

Why do King Charles and Prince William never travel together?