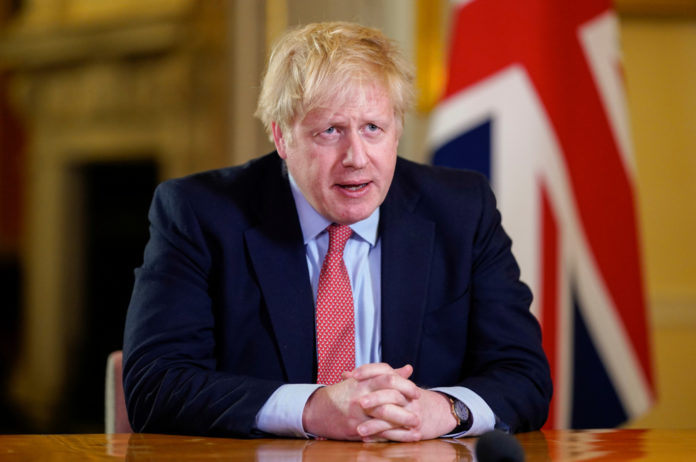 All kids’ playgrounds and outdoor gyms across the UK will be shut in a coronavirus lockdown.

Boris Johnson announced the closures tonight in a landmark speech that will change the lives of everyone in Britain.

The Prime Minister revealed all parks would remain open, but play areas and services would be forced to shut.

He said: “To ensure compliance with the Government’s instruction to stay at home, we will immediately:

“Close all shops selling non-essential goods,​ including clothing and electronic stores and other premises including libraries, playgrounds and outdoor gyms, and places of worship;

“We will stop all gatherings of more than two people in public – excluding people you live with.

“And we’ll stop all social events​, including weddings, baptisms and other ceremonies, but excluding funerals.”

Playground and all communal exercise areas are to shut but parks will remain open.

The PM explained Britain now needed to come together and follow the advice to save the NHS.

He said: “Without a huge national effort to halt the growth of this virus, there will come a moment when no health service in the world could possibly cope; because there won’t be enough ventilators, enough intensive care beds, enough doctors and nurses.

“And as we have seen elsewhere, in other countries that also have fantastic health care systems, that is the moment of real danger.

“To put it simply, if too many people become seriously unwell at one time, the NHS will be unable to handle it – meaning more people are likely to die, not just from Coronavirus but from other illnesses as well.”

It follows in the footsteps of other European countries who cracked down on movement to battle the virus.

France has imposed some of the tightest controls in Europe on people’s movements for the past six days.

Italy banned travel within the country in yet another attempt to slow the spread of the coronavirus.

On Friday night, the PM ordered pubs and restaurants to close as part of efforts to encourage people to stay at home to fight the spread of Covid-19.

However many have remained open for takeaway service, leading to queues and groups of people sitting at cafes with outdoor tables. I was so skint I struggled to put food on the table and couldn’t...

Cost of chips could soar within weeks and shortages feared after heatwave hit potato...