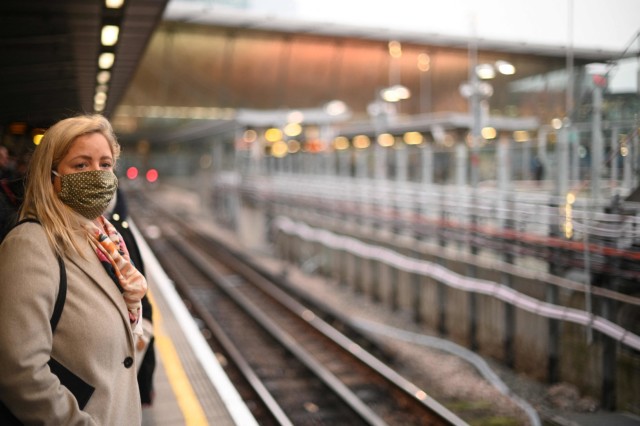 NEW mandatory mask-wearing rules came into force yesterday – forcing people in England to cover up when they go into shops or on public transport.

People face a £200 fine if they break the law and don’t comply with the new rules, brought in to stop the omicron variant from spreading further.

The measure had been in place for most of the pandemic, but was removed in July 2021 after Freedom Day.

The full list of indoor settings where masks will be compulsory includes:

Thankfully, you won’t have to wear a face mask in pubs, bars, restaurants, cinemas, theatres, parks, or any other venues at the moment.

But there are a number of exemptions to the new rules which mean some people don’t have to follow the new rule, or you can be exempt from wearing your mask at certain times.

Other new measures which came in today include the requirement for everyone coming into the country to quarantine and take a PCR test on their second day in the country.

If the swab comes back negative, they will then be allowed to leave isolation.

The PM has also revealed that self-isolation rules will be brought back for contacts of people who test positive for Omicron.

Those who have been in touch with someone who gets the new variant will have to self-quarantine for 10 days even if they are fully vaccinated.

Those not wearing a mask on public transport face fines

At yesterday’s press conference the PM announced that he wanted every person in the country to get their booster jab by the end of January – setting a two month deadline for everyone.

Experts urged the public not to bother getting in touch unless they were over 40 year, and they would be contacting people in due time.

The vaccination capacity will need to be ramped up again, and the army brought back too, to help the effort.

Stacey Solomon is overcome with emotion as she shares first family snap from her...

Was Harry and Meghan’s meeting with the Queen really an ‘olive branch’ or just...