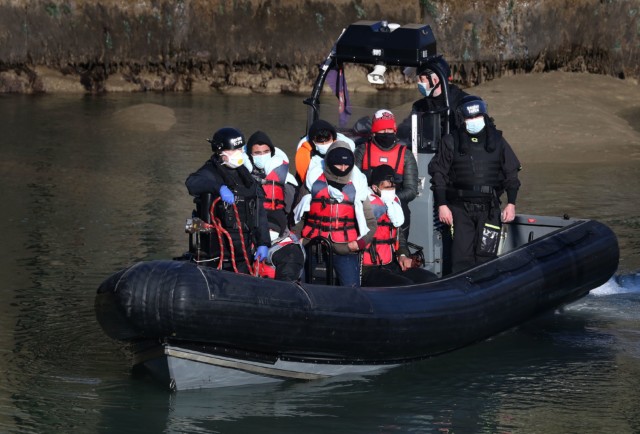 AROUND 500 failed ­asylum seekers kicked out of the country every year sneak back in.

Officials are dealing with about 50 cases a month of migrants making a second bid to stay in the UK.

Figures show there were 1,684 cases in the past three years.

They have come from Libya, Somalia, Uganda and Ethiopia in Africa as well as Iraq, Bangladesh, China and Pakistan.

But only 88 individuals were successful after their original rejected application.

In 2017, one asylum seeker was deported back to Italy, where they had first entered the EU, but arrived back in the UK a day later for a second attempt.

Migration Watch UK chairman Alp Mehmet said: “The ease with which failed asylum seekers have been able to creep back into the UK is nothing short of a disgrace.”

Meanwhile, migrant Channel crossings have reached 2,000 this year compared with just 996 over the same period in 2020.

Fears are growing last year’s total of 8,410 could be surpassed.

The Home Office pointed out changes to the system were planned.

A spokesman said: “We will continue to encourage asylum via safe and legal routes whilst at the same time toughening our stance towards illegal entry and the criminals that endanger life by enabling it.”

I’m A Celebrity’s Ruthie Henshall becomes the second star to leave – and admits...

I made $1.4million from selling VIRTUAL items inside Roblox metaverse

Dani Dyer, 24, says her pregnancy came as a ‘shock’ but baby Santiago has...