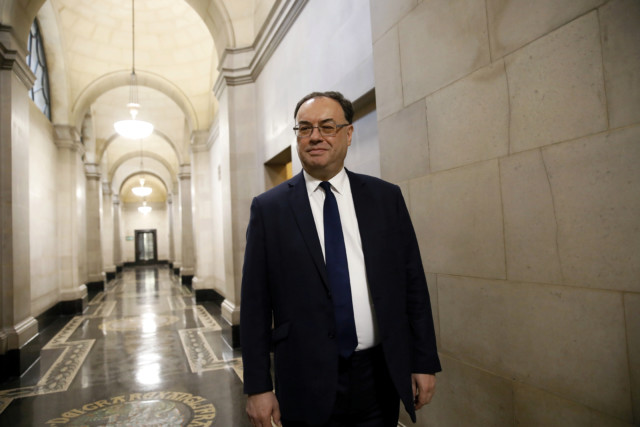 THE Government would have struggled to fund itself in the early days of the pandemic if the Bank of England had not intervened to head off a near meltdown in the financial markets, the Bank’s boss has said.

Governor Andrew Bailey revealed that, in the early stages of the virus, Britain came within a whisker of not being able to sell its debt as markets came perilously close to meltdown.

This inability to borrow on the markets would have left the public finances with a funding shortfall – and would be regarded by some as an effective insolvency.

Talking to the new Sky News podcast, The World Tomorrow, the Governor said: “We basically had a pretty near meltdown of some of the core financial markets.

“We had a lot of volatility in core markets: the core exchange rate, core government bond markets.

“We were seeing things that were pretty unprecedented, certainly in recent times. And we were facing serious disorder.”

This prompted the Bank to embark on £200billion of quantitative easing, a process which is likened to printing money.

It was the biggest single cash injection into the economy in its history.

“I think we would have a situation where in the worst element, the government would have struggled to fund itself in the short run.”

That, he added, had never happened in living memory.

Mr Bailey, who started as Governor just as the crisis began, also warned that many viable British companies will not survive the Covid-19 recession, his clearest signal yet that the economy will be left permanently scarred by the crisis.

I’ll dress as a nun to find my Mr or Ms Right, says Megan...

Love Island’s Amy Day says she wants to land a part in EastEnders or...