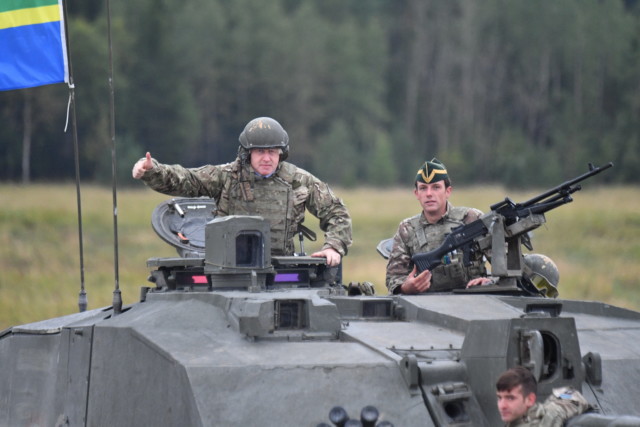 BORIS Johnson is plotting a mini reshuffle this week in the next stage of his Government shake-up.

Expected changes to help steer him out of his Partygate leadership crisis include a new job for Chief Whip Mark Spencer.

And some of new No 10 Chief of Staff Steve Barclay’s Cabinet responsibilities will go to juniors.

Battling Boris has vowed it will take a “division of tanks” to oust him from No10 — as he plans a mini-reshuffle with a new chief whip as soon as this week.

The PM spent the weekend boosting his inner team following a brutal culling in the wake of the Partygate scandal.

He has also canned a trip to Australia planned for next week as he battles to keep his job with more hirings and firings expected in the coming days.

With Cabinet Office boss Steve Barclay promoted to Downing Street Chief of Staff some of his cabinet responsibilities will be handed to more junior ministers.

And a new Brexit Opportunities minister could be appointed to reinvigorate reforming regulations and laws now we have left the EU.

But last night there were no plans to fire any members of the Cabinet, rather just move them to different jobs.

Alongside new spin chief Guto Harri, the PM is plotting a tougher stance against his enemies including ousted No10 aide Dominic Cummings — who has vowed publicly not to stop criticisms until Mr Johnson falls.

The new comms boss, who worked with BoJo when he was Mayor of London, will also be joined by other big name hires at No10 in the coming days.

After criticism in the Sue Gray party report that the structures of Downing Street are failing, that will include a new civil service boss of a souped up Office of the Prime Minister.

One senior advisor told the Sunday Times: “He’s making very clear that they’ll have to send a Panzer division to get him out of there.”

But Mr Johnson still faces a mutinous Tory party, with officials wargaming a possible vote of no confidence in his leadership if the threshold of 54 MPs calling for one is reached in the coming days and weeks.

But Johnson critics are “nowhere near” reaching the 54 letters needed to oust him, a top cabinet ally insisted yesterday.

Kwasi Kwarteng said it’s time to move on from the row over lockdown breaking gatherings and give BoJo space to lead.

But he admitted the “ongoing focus on Partygate is not helping anyone”.

The Business Secretary insisted: “We’ve got a serious agenda, we’ve got a potential war situation in Ukraine . . . Russia developing . . . we’ve got cost of living issues to deal with, there are very serious concerns about how we bounce back from the pandemic.”

He added: “So I don’t think focusing on the parties is necessarily the best way for us to get through this.”

And he said it was far from inevitable Mr Johnson would be ousted, saying: “Lots and lots of people have said things are inevitable and they never happened over the last few years, and I just want to wait and see.”

In a further boost for the PM, former Tory leader and top Brexiteer Sir Iain Duncan Smith urged MPs to call off the dogs.

Despite growing rumblings from the backbenches, he said the PM was the right person to lead the Tory Party into another election.

In a warning to leadership hopefuls such as Liz Truss and Rishi Sunak, IDS added: “Ambition is a thing that exists in all of us, but it’s ambition at the right time. I would say to people, ‘temper your ambition’.”

Meanwhile Mr Harri squared up to ex-aide Dominic Cummings in one of his first acts in the job.

In a broadside on Saturday, he slammed the “appalling behaviour” of the rogue Brexit adviser who has vowed to bring BoJo down.

Their Twitter spat came after Mr Cummings accused Mr Harri of being “a pro-Remain lobbyist” who’s said the PM is “sexually incontinent”, “hugely divisive”, “destructive” and “dragging the country down”.

But he hit back accusing Mr Cummings of being “a powerful unelected official cultivating a high profile, disagreeing with the Prime Minister, undermining the cabinet, picking on special advisors and hiring weirdos”.

Yesterday even Mr Johnson’s most vocal public critics accepted there was little chance of him going down without a fight.

Ex-Theresa May chief of staff Gavin Barwell told Sky News: “I don’t think there’s a chance in hell that the Prime Minister is going to voluntarily resign.”

A TORY MP was said to be so drunk following an ­afternoon of TV sport on Saturday, he cannot remember his phone conversation with the Prime Minister. Mercer’s wife Felicity told Twitter: ‘The PM rang tonight after an afternoon of FA Cup football and England rugby and @JohnnyMercerUK was so p***ed he can’t remember what was said’

Johnny Mercer’s wife Felicity told Twitter: “The PM rang tonight after an afternoon of FA Cup football and England rugby and @JohnnyMercerUK was so p***ed he can’t remember what was said.”

She also tweeted a picture which appeared to be of her husband, 40, sleeping it off. In a further boost for the PM, former Tory leader and top Brexiteer Sir Iain Duncan Smith urged MPs to call off the dogs

Meghan Markle will dump Prince Harry before long as she did with her first...

Meghan Markle kept a DIARY of her time in Britain that could pave way...