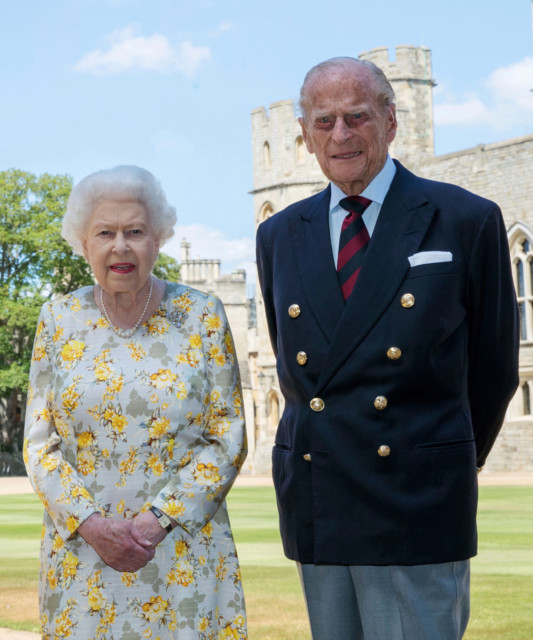 THE BBC has been flooded with over 100,000 complaints about the wall to wall coverage of Prince Philip’s death, HOAR can reveal.

The Beeb tore up its usual schedule after news of the Duke of Edinburgh’s death broke shortly after noon on Friday.

Over the next 24 hours, the BBC’s telly and radio channels laid on a string of special programmes chronicling Philip’s life.

But many viewers were left fuming after their favourite shows – including the MasterChef final – were ditched so special tribute programmes could be laid on.

The coverage is believed to be one of the most complained about bits of telly in British history.

One insider told HOAR: “I feel sorry for the Beeb.

“They would be criticised and accused of not being respectful enough if they didn’t lay the programmes on.

“But they seem to have left many people very cross.”

People look at flowers placed outside Windsor Castle, Berkshire, following the announcement of the death of the Duke of Edinburgh at the age of 99

So many angry telly fans contacted to moan about the constant coverage the BBC put a special form on their website to make it easier to process the gripes.

Among the moaners was ex Labour MP Chris Mullins, a junior minister under Tony Blair, who hit out at the “North Korea style” tributes.

He tweeted: “BBC1 and BBC2 showing the same thing. And presumably the News Channel too. Why?

“I know this is a huge event. But surely the public deserve a choice of programming?”

Millions of usually loyal BBC viewers switched off to escape the tributes.

BBC Two’s viewing figures reportedly fell by a whopping 64 per cent compared to the previous Friday.

A BBC spokeswoman said: “We are proud of our coverage and the role we play during moments of national significance.”

The BBC said they will publish the number of complaints they received this Thursday.

Home Office bosses have NO CLUE how many illegal immigrants there are in the...