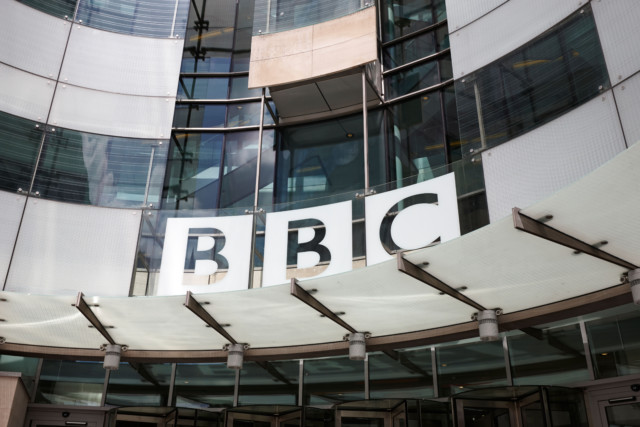 THE BBC’s draconian debt-collecting tactics for people failing to pay the licence fee during lockdown is “immoral” and “heavy handed”, MPs have blasted.

Twenty-three senior Tories have slammed the corporation for prosecuting and harassing vulnerable people over the £157.50 charge during lockdown – using private firm Capita.

The string of MPs branded it “unjust, unprincipled and far below what is expected of the British public service broadcaster”.

In a fiery letter to the new BBC Director General Tim Davie, the Tory MPs – including two former Ministers – said “this immoral campaign of persecuting and harassing the poorest in our society during the unprecedented battle with Covid-19 must stop immediately.”

They demanded a halt to the debt collecting at least until December 2 when the national shutdown in England ends.

HOAR revealed earlier this month that debt collectors have deemed their services as “essential” and argued it must continue despite the ‘stay at home’ order.

Pensioners, the poor and people struggling without work face having their doors knocked on by agents demanding cash.

Jonathan Gullis MP, who organised the letter, said last night: “Allowing Capita to continue sending debt collectors to knock on doors during this pandemic is unjust, unprincipled and far below what is expected of the British public service broadcaster. The BBC should tell Capita that this is most certainly not essential.”

And Rebecca Ryan, Campaign Director of Defund the BBC added: “It isn’t just immoral, as so many people across the country are facing unemployment and serious economic hardship because of the virus, but it is a health hazard to send debt collectors into people’s homes.”

Tory media select committee chair, Julian Knight told HOAR: “This is quite shocking, the BBC needs to get a grip of its enforcement arm and stop unduly hassling the public at this time.” Tory media select committee chair, Julian Knight told HOAR: ‘This is quite shocking, the BBC needs to get a grip of its enforcement arm’

Three million older people have been told to start paying the licence fee this summer after the Beeb took away free ones from them. Ministers have this week opened talks with Beeb bosses about the future of the licence fee and how much it might cost.

Oliver Dowden has asked the corporation to set out its financial needs to decide on the fees from April 2022 – but has stressed the service must evolve for the digital age.

A BBC spokesperson said last night: “TV Licencing are not visiting older households registered as having held a free over 75s licence during this time. From early August – in line with Government guidance – visits resumed to unlicensed homes after a number of strict safety measures were introduced, including mandatory face coverings, social distancing and staff not entering people’s homes.”

Boris Johnson is keen to ban firms from having a ‘no jabs, no jobs’...

Meghan Markle’s friend vows ‘nothing will stop them from sharing their truth’ after Queen...

EastEnders fans convinced Sharon will buy the Vic as she says she was happy...