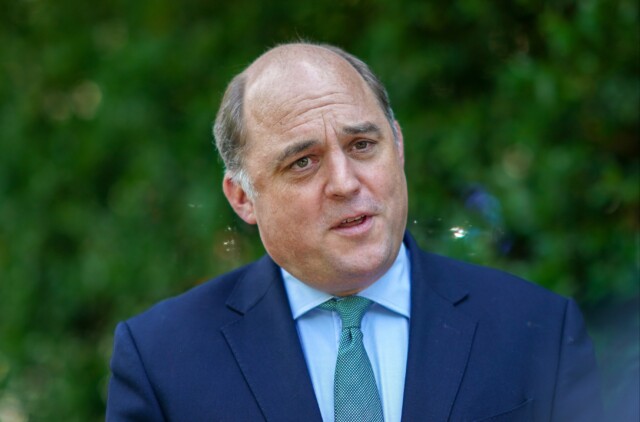 DEFENCE Secretary Ben Wallace is happy for the UK to toughen its visa conditions for Russians — but has stopped short of backing an outright ban.

Mr Wallace said he did not like oligarchs’ wives enjoying themselves in Greece or on superyachts while the Russians committed war crimes in Ukraine.

He supported tougher visa rules but added: “I am not sure whether an outright ban is the right way.”

He also insisted Russian forces were in a “very fragile position”.

Finland, Estonia and the Czech Republic have called on the European Union to ban all new tourist visas to the Schengen area.

The proposal was first urged by Ukraine president Volodymyr Zelensky.

The EU and United States currently oppose the ban.

Mr Wallace added: “I think the problem has been all the way back to 2014, that Russia invaded Crimea and illegally annexed it.

“Then it was allowed in some countries to carry on as if nothing had really changed.”

Did you miss our previous article…
https://hellofaread.com/politics/shamed-matt-hancock-makes-musclebound-hunk-his-online-avatar-as-he-joins-metaverse/

Boris Johnson promises Tory MPs he will get Britain ‘back on its feet’ as...

Sophie Wessex could lose out on treasured title to Princess Charlotte as Duchess of...