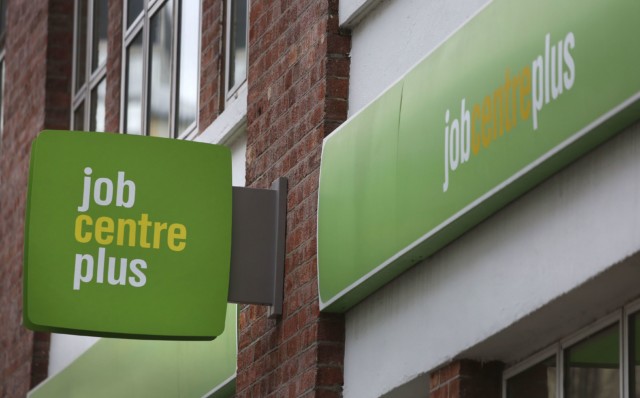 BENEFITS for millions of Brits will rise by just 0.5 per cent – or just 37p a week for some claimants – but pensions will soar 2.5 per cent next year.

Work and Pensions Secretary Therese Coffey announced yesterday people’s pensions would get a massive boost while benefits claims for millions of people would amount to less than £20 a year.

Benefits will only rise 0.5 per cent next year

State pensions will rise to £179.60 per week from April next year for those receiving the full amount, Ms Coffey announced yesterday.

But in devastating news to other Brits relying on welfare payments, Ms Coffey added: “All other benefits will be increased in line with CPI – which was 0.5% in the relevant reference period.”

For those on the standard £74.35 of Jobseekers allowance or sickness and disability Employment and Support Allowance the rise will only add up to 37p a week or £19.24 a year.

That figure comes in at just 58p for couples.

Around 2 million people across the country – many of whom are sick or disabled – claim those benefits.

Rises child benefits is even smaller – increasing by just 10p for the first child to £20.80 per week, and by 7p to £13.77 per week for additional children.

And the separate Carer’s Allowance will rise by a tiny 34p.

And the Government has pushed the decision over whether to keep the £20 a week boost to Universal Credit.

Chancellor Rishi Sunak stirred up further cause for concern this morning, stressing the extra cash was “temporary”.

He told BBC Breakfast: “One of those measures was a temporary one year uplift in Universal Credit given we were dealing with many months of national lockdown.

“That was a temporary increase, it runs all the way through to next Spring and it wouldn’t be right to make a permanent decision about that now when the economic outlook is so uncertain.”

The increase to the Local Housing Rates Allowance – which determines how much support for housing private renters can claim – during the coronavirus crisis is also set to be frozen again.

The housing allowance has been frozen for four years, and the Office of Budget Responsibility said in their report the Government had decided that rates “will be frozen in cash terms from 2021/22 onwards”.

Director of the Institute of Fiscal Studies Paul Johnson blasted the delay to the decision on Universal Credit “inexcusable”.

He said: “If the government is not going to maintain it at its current level it should say so explicitly and give people time to prepare; £20 a week is a lot for those dependent on benefits.

“If government is going to keep the increase introduced in April then it should have recognised that in its plans.

“If it does delay announcing the increase until March and is once again unable as a result to increase legacy benefits and contributory benefits at the same time then that would be simply inexcusable.”

The decision was slammed by Chair of the Work and Pensions Committee Stephen Timms, who called it a “major blow” for millions.

He said: “Away from the headlines, the Government has slipped out an announcement on benefit rates that will come as a major blow.

“Millions of people on Universal Credit are now facing the Christmas period in agonising uncertainty, not knowing whether the Government will cut their income by £20 a week next April.

“Meanwhile, those on older benefits, who have already missed out on the rise because the DWP’s systems are too old fashioned, will receive an increase of just 0.5% next year.

“The Government must think again – if it doesn’t, some of the most vulnerable people in society will be faced with a tough winter with no additional support.”

PS5 stock: thousands QUEUE to get onto Curry’s website as restocks PlayStation 5 consoles