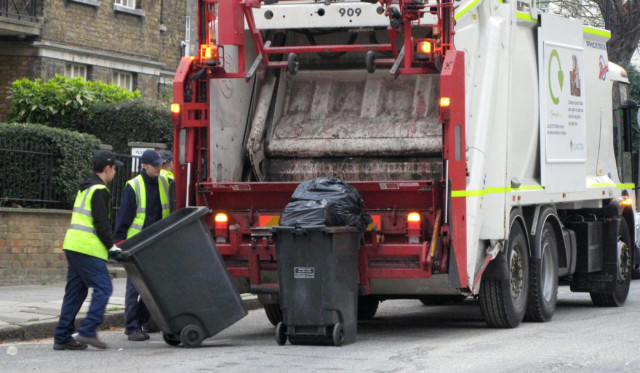 BINMEN, soldiers and prison workers are to be added to the list of key workers exempt from NHS test and trace isolation.

The move is aimed at keeping key public services running during the crippling pingdemic, which has seen piles of rubbish building up as binmen are forced to quarantine.

A million people were pinged by the NHS Covid app in just one week with pubs, factories, hospitals and airports being forced to shut because of mass staff isolations.

Fears of 1970s style scenes of garbage piled high on Britain’s streets mean binmen are now set to be included in the isolation swerving scheme.

It comes as Boris Johnson pleaded with Brits not to go wild last night despite Covid cases plunging for a SIXTH consecutive day.

But a staggering two million Brits are thought to be stuck at home and there have been fears food supplies could be affected as supermarkets battle staff shortages.

Under new government plans those on the exempt list will now be given daily tests instead of having to isolate after coming into contact with a Covid victim.

Telecoms, pharmaceutical and prison staff will join binmen on the pingdemic exemption list.

Defence workers and power plant staff will also be able to dodge isolating.

The government has added 1200 new workplaces sites that will carry out testing, taking the total to 2000.

But there there has been fresh blow for the battered hospitality industry which is set to miss out again, prolonging the uncertainty for pubs and restaurants.

Health Secretary Sajid Javid said: “Whether it’s prison guards reporting for duty, waste collectors keeping our streets clean or workers in our energy sector keeping the lights on, critical workers have been there for us at every stage of this global pandemic.”

And Defence Secretary Ben Wallace added: “Our Armed Forces have worked tirelessly throughout this pandemic, ensuring operations and training at home and abroad continue while at the same time providing round the clock support to the nation’s response to Covid.

“Expanding the daily contact testing scheme is hugely welcome, allowing our personnel to continue that vital work across the UK and abroad.

Covid data shows 24,950 lab-confirmed cases in the UK in the previous day and 28 deaths.

Mr Johnson’s spokesman said the fall in coronavirus cases was “encouraging” but numbers were still expected to rise.

He said: “Throughout the pandemic we have always said it’s encouraging when cases are falling.”

But he also said the pandemic “is not over”, and “we should still expect to see a rise in case numbers given the move to Step 4 last week”.

The spokesman added: “The Prime Minister thinks we’re not out of the woods yet.”

In a bid to keep the country functioning, Whitehall departments have been encouraging different sectors to come forward with the roles they think ought to be added.

Ministers rolled out exemptions last week amid warnings the country is on the brink of starting to run out of food.

Public transport has also been badly hit with train, bus, and Underground services all being cancelled due to worker shortages.

But militant union bosses are threatening to derail plans to get the country back on its feet again.

They’re threatening to launch strike action over the Government’s plans, claiming they could put members at risk. The EU refuses to rush through a Brexit trade deal despite Boris Johnsons 2020...