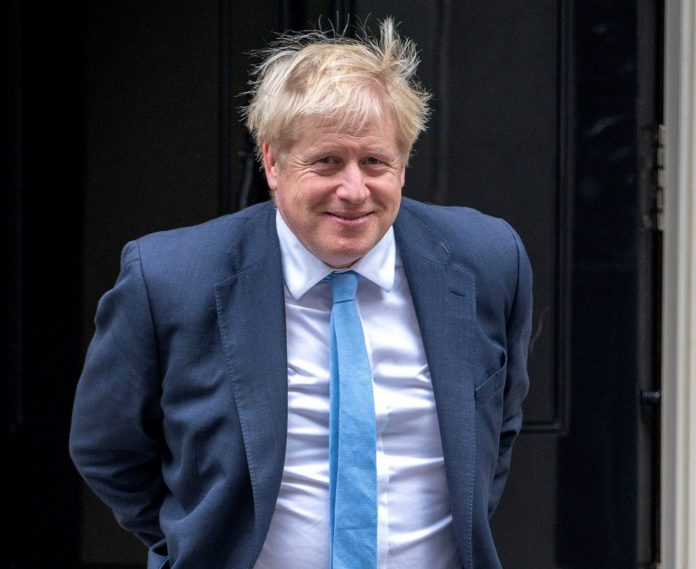 BORIS Johnson is battling to bridge a significant gap between the EU and Ulster unionists ahead of a showdown day for his Brexit deal.

A midnight deadline to finalise the PMs fledgling agreement with the EU was missed as negotiators in Brussels went on talking late into the night.

Mr Johnson’s talks with the DUP also failed to reach agreement after a 90-minute meeting in No10.

A DUP spokesman said: “We respect fact negotiations are ongoing therefore cannot give a detailed commentary but it would be fair to indicate gaps remain and further work is required.”

The two parties are expected to hold further meetings on Wednesday in a bid to close the gap.It emerged her 10 unionist MPs, whose Commons support is critical, are worried the PM is giving away too much on the twin key issues of customs and giving the province a chance to consent to the plan.

A senior No10 source said: We are not at all there yet, the differences are still significant. The problem the PM has is every time he moves in one direction, there is a cost in the other direction.

Tensions reached fever pitch in Westminster on Tuesday ahead of a make or break EU summit on Thursday to sign off a deal, or see Brexit delayed a third time again.

Mr Johnson and his most senior No10 aides spent much of Tuesday seeing rival Brexit factions of MPs in a bid to win them round to his plan. But in order to preserve the delicate negotiation, he refused to share almost any details of it with either Remainers or Brexiteers, apart from the DUP.

In Brussels, a deal appeared on the cusp on Tuesday – but the PM was warned it might not be finalised before Christmas.

Sources said the two sides were closing in on a political pact after the UK made fresh compromises on customs and consent. But the PM faced a headache after Germany and France said it was likely an extension will be needed to clinch the deal.

Officials in Berlin said there may have to be a delay of up to two months while the technical details of a new Irish border plan are thrashed out. And Emmanuel Macron also raised the possibility of another extension for further talks in a phone call with the PM.

Irish PM Leo Varadkar said that if MPs vote in favour of an agreement on Saturday it may not even be necessary to consider an extension. But a French official warned: Its not the Irish who will make the deal. Whatever it is, we will want to look at it in very serious detail.

To close the gap Mr Johnson had to cede further ground to Brussels, including a customs border in the Irish Sea and no veto for Stormont. Officials cautioned that the EU had to receive a full legal text, and not just political promises, ahead of the midnight deadline.

On the emerging deal, an EU source said: Northern Ireland will be legally in the UKs customs union, but de facto in the EUs. Mr Barnier updated EU27 ministers in Luxembourg insisting that a deal was still possible this week.

Also there was Brexit Secretary Steve Barclay, who insisted a deal is still very possible. If overnight talks succeed, a draft legal text will be published this morning so EU capitals can scrutinise it.

Leaders would then sign off on a final round of negotiations to sort out the technicalities. But if not talks are set to spill over into next week, culminating in an emergency summit on October 28 or 29.

Mr Barnier will deliver his verdict in an update to EU ambassadors today.

BORIS Johnson finally won his first Commons vote as Prime Minister on Tuesday after 84 days in No10.

He was mocked by MPs after winning a non-controversial vote on environmental regulations.

The PM has lost seven votes in the Commons so far, more than Tony Blairs entire decade in No10.

Deputy Speaker Eleanor Laing triggered laughter as she announced the result by saying: I realise this is a unique moment.

The vote was to enable the transfer of a series of functions on eco policy areas such as air, marine and water quality from the EU to UK after Brexit.

MPs voted by 280 to 204 in favour of the Environment (Legislative Functions from Directives) (EU Exit) Regulations 2019.

The Masked Singer fans ‘work out’ Peter Andre not Aston Merrygold is the Robin...

Aldi to charge shoppers 25p for reusable fruit and veg bags as it scraps...