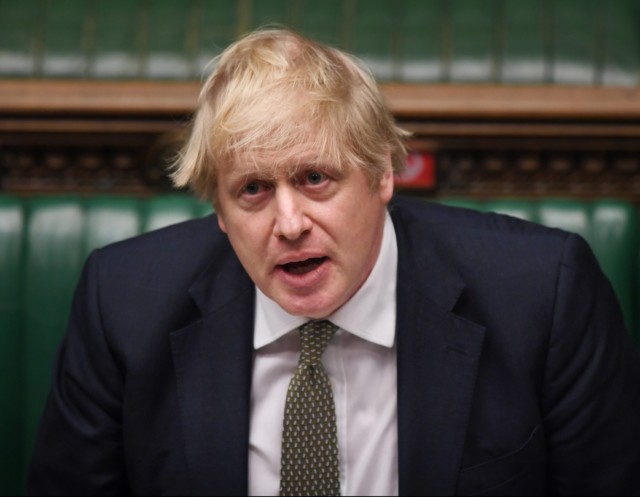 The Prime Minister will meet with his cabinet on Sunday before revealing his “road map” for Britain in a televised address that evening.

Boris Johnson will make fortnightly changes to the lockdown

According to The Telegraph the PM wants to ease some restrictions and assess them before relaxing any more.

He hopes to bring in small changes such as relaxing limits on exercise and picnics before looking at analysis to see what impact it has.

A Government source said: “It means we could lift restrictions once a fortnight rather than reviewing the lockdown every three weeks, as is currently the case.”

Another added: “You take a baby step, monitor the R rate really closely, satisfy yourself it’s not leading to an increase in R, take another baby step and so on.”

This was echoed this morning by Culture Secretary Oliver Dowden, who warned the public any changes would be “tentative” and could even be reversed.

Speaking on the Today Programme, he said: “Let’s wait and see what the PM says, we have discussed this at cabinet and he will set out a roadmap.

“It’s right to say where do we go next and he will set out the different stages.

“At each stage we’ll take a supremely cautious approach and it will only be if the public health allows us to do so that we will take that step of unlocking.

“If we see a variation from that for example the R rate starts to rise in an uncontrollable fashion then we won’t hesitate to step back again.”

Cafes could re-open and outdoor spaces soon after, in any easing of lockdown restrictions.

Park picnics may also be on again, as long as people stay two metres apart.

The lockdown was extended by three weeks yesterday – after the PM urged “maximum caution”. Dominic Raab confirmed the news that there is “no change” yet as the virus is still “deadly and infectious”, but some minor tweaks are expected in the coming days.

Speaking at yesterday afternoon’s press conference, he said:”I’ve said it very clearly – there is no change in the rules today.
“What the PM will do is set out a roadmap with milestones, that can look to the future.

“The virus is not beaten yet – it remains deadly and infectious.

“We are working hard to bring it down in areas of concern.”

He refused to “jump the gun” and reveal what changes could come in the next few days.

But he revealed that the R rate of transmission is now somewhere between 0.5 and 0.9. Crucially it’s still below one so the virus is not transmitting it on to large numbers of people.

Boris’ roadmap will contain “milestones” which must be reached before any changes – and “detailed guidance” for the public and businesses into the new tweaks.

Some measures will be able to come in quickly but others will take longer, he stressed.

The PM’s address is expected to be the form of a video message – similar to the one he released when he announced the lockdown on March 23.

And he will give a statement to the House of Commons on Monday too. Gavin Williamson vows the Government will do ‘everything in our power’ to get children...

Ministers set to miss coronavirus test and ventilator targets critical in the fight against...

Iceland and The Range shoppers are raving about a MASSIVE box of broken biscuits...