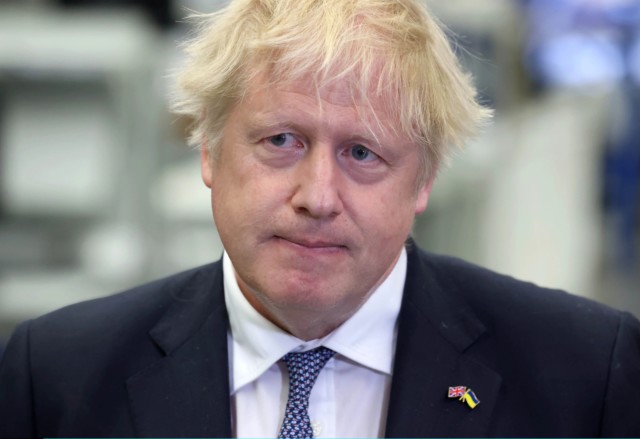 Sir Graham Brady has taken soundings from fellow party bigwigs on axing the one-year limit on new no confidence votes.

He is mulling over cutting it to three or six months — or possibly doing away with it.

It comes as the number of Tory MPs openly questioning the PM’s leadership tops 40.

One minister is thought to have handed in a letter of no confidence this week.

Sir Graham, chairman of the influential 1922 Committee of backbench Tory MPs, is the only person who knows how many have been submitted.

Under party rules, 15 per cent of Tory MPs — 54 under current numbers — would be needed for a no confidence vote to take place.

Mr Johnson already faces being removed from campaigning in marginal seats in the next General Election.

Tory rebels trying to oust Boris are going against the public, says Raab His standing has plummeted in the polls, with his rating at minus 15 — even among Conservative Party members.

David Canzini, his deputy chief of staff, last week told Conservative MPs that the PM will not feature in posters and election leaflets.

One shocked Tory MP said: “They kept reiterating that we need to all be the focus of this next General Election and to make it as local as possible.

“But if we are running 650 mini local General Election campaigns, that worries me.

“They told us that the message to wobbly voters would be, ‘Ignore your jitters about the national party and vote for your local MP’.”

Wannabe Tory leader Tom Tugendhat, meanwhile, has slapped down suggestions Britain should return to the EU.

The MP said of fellow rebel Tobias Ellwood’s suggestion that the UK should rejoin the Single Market: “He is wrong.”

He added: “We need a deal British people control, not foreign laws with no say.

“Let’s plan for the future and stop looking back. This decision is made.” Sir Graham Brady is chairman of the influential 1922 Committee

How old is Gabrielle and what are her biggest songs?

You can get FOUR free Xbox games this month saving you £80 – here’s...

Masked Dancer fans ‘work out’ that Pearly King is EastEnders star after their dramatic...