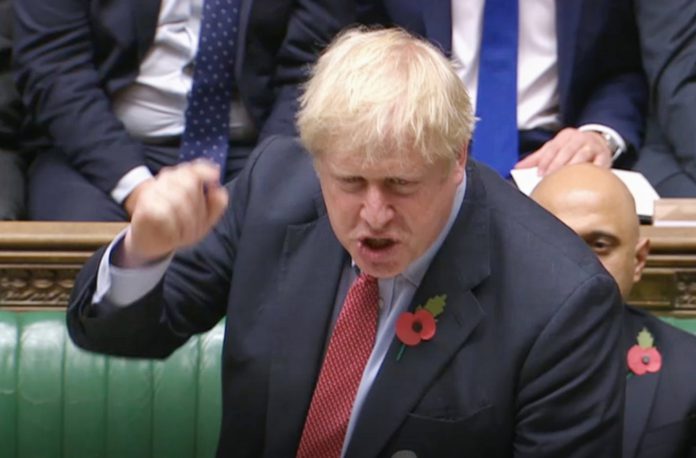 BORIS Johnson could try to push through Brexit before Christmas if he wins an election majority.

The PM’s spokesperson confirmed today plans for Parliament to sit the week after the planned election vote – from the 16 December onwards.

An election is likely to take place the week of the 9 December, giving the PM a few days to sort out his Cabinet and get everything ready to open Parliament again.

Then there could be several days before Christmas for the PM to try and push through his Brexit Bill again if he wants to.

That might leave even more time for debate on the Bill than Boris promised MPs this month.

If he wins an election Boris will desperate to press Brexit through as soon as possible.

But that will all depend on whether the PM will be able to win the upcoming poll and secure enough MPs to push it through.

Boris might be flying high in the polls at the moment but that could all change in an election campaign.

He may be punished by voters for failing to deliver on his promise to get Britain out of the EU by October 31.

The Brexit Party will be hot on his heels to snap up votes from people who feel betrayed.

And the Liberal Democrats and Labour will be trying to hoover up Remain votes from the other side – promising to stay in the EU or give Britain a second referendum.

But should Boris succeed and win a majority, then Britain could be on track to leave the EU by New Year.

All that will be left will be for the European Parliament to give the deal the rubber stamp.

The Masked Singer Season 5: When is it and how can I watch?

Households warned they face a ‘terrifying’ £3,000 drop in incomes

Who is the father of Lily’s baby on EastEnders? Latest fan theories