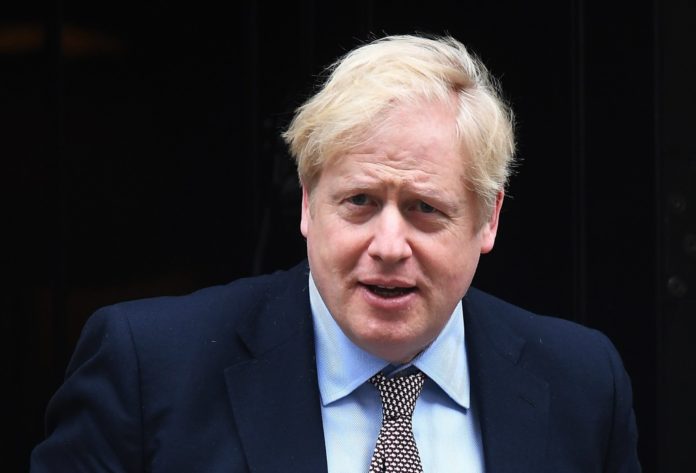 BORIS Johnson faces a backbench Commons defeat if he allows the first fuel duty rise in 10 years in the Budget next week.

HOAR can reveal that the number of Tory MPs publicly speaking out against ending the fuel duty freeze has passed the crucial 40 mark, which would wipe-out the PM’s 80-seat majority in a Commons vote.

In total 53 Tory MPs have now written to the Chancellor calling on him to ditch plans to end the decade-long freeze, which would see petrol and diesel prices rise by 2p per litre from next month.

Tory backbenchers also reminded Mr Sunak of George Osborne’s infamous ‘Omnishambles Budget’ in which the ex-Chancellor was forced into a humiliating U-turn, after trying to hike fuel duty by 3p per litre.

It came as fresh figures revealed the threat of a fuel duty hike to Britain’s army of 4.5 million small businesses, with a survey showing nine in ten of them say they rely on a vehicle for work.

Last night the Federation of Small Businesses threw its weight behind HOAR’s Keep it Down campaign, which ensured fuel duty has remained frozen for ten years.

“They already pay more than 50p in tax for every litre of fuel they buy – putting that rate up further would hurt millions of small business owners and their employees.”

“Not every small business has the luxury of being based in a big city with a lot of transport options. Many simply have to use local roads to get around.”

In the letter – seen by HOAR – the backbenchers tell Rishi Sunak they are “very concerned” that he is considering overturning Boris Johnson’s election pledge not to hike fuel duty.

The Tory rebellion ballooned yesterday after it emerged the Chancellor had not ruled out hiking fuel duty, despite the backlash that followed HOAR’s revelation that he was plotting the tax raid to raise £4 billion and bolster the Government’s green credentials.

The letter warns Mr Sunak not to “balance environmentalism on the backs of working people.”

It adds: “They depend on their cars, vans and lorries to get about and run a small business. Every penny of a fuel price rise hits their financial security.”

“Increasing fuel duty also impacts bus users, food prices, public services and businesses. Prices for much else, too, go up because of the high cost of transport.”

Piling pressure on the Chancellor to ditch the plans, the group of Tories write: “We are optimistic that this will be a Government for workers.”

“The measures announced to cut taxes for lower earners are really welcome – all the more reason for not whacking normal folk hard with higher taxes on fuel – especially after the strong record over the past ten years in freezing fuel duty and saving drivers on average close to £1,000 a year.”

Senior Tory Robert Halfon added: “On both sides of the red wall, blue-collar and white-collar, town or country, Conservatives are united against a fuel duty rise.”

“Let’s not be the Government that hammers hard working families and hurts the NHS and our other public services by increasing fuel costs. Let us be the Conservative Government that the people who elected, and trusted us, expected us to be.”

Boris Johnson gets powers to call snap election whenever he thinks he can beat...

UK should ease lockdown from Monday & ‘see what happens’, with pubs and schools...

Megan Barton-Hanson is ‘beyond happy’ as she shows off her new teeth after jetting...