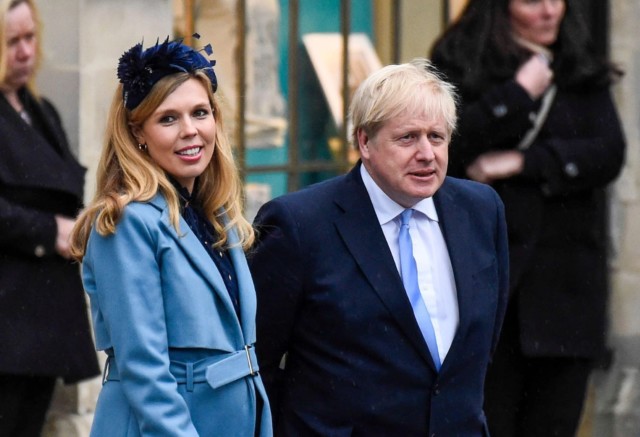 FURIOUS Boris Johnson has told pals of his anger at a “hit job” book targeting his wife.

Allies of the PM say the book, First Lady, is part of a hateful campaign by ex-No10 staff.

The bombshell portrait, written by Lord Ashcroft, claims that Boris Johnson is heavily influenced by his wife, 33, over key appointments and policies.

But one friend said: “This is just a misogynistic attack on someone who isn’t able to fight back. It’s just a way of damaging the PM by attacking her.

“This is the mother of Boris’s children. I find this whole episode tawdry and despicable.”

Another ally added: “To say Carrie is running the country is almost laughable — if it wasn’t so serious. It’s nothing but a hit job.”

The book claims the PM is “mesmerised” by Carrie.

One Cabinet colleague even claims that Carrie is “the number one problem” in his administration.

They say she used her phone to “direct and control” events.

Lord Ashcroft claimed that individuals who lobbied for dogs and cats to be airlifted from Afghanistan have spoken of ­Carrie’s influence. But allies insist she had “absolutely no involvement”.

Lord Ashcroft wrote that the book — out at the end of March — “suggests his wife’s behaviour is preventing him from leading ­Britain as effectively as the voters deserve”.

A Tory source said Lord Ashcroft has been spun a “tissue of lies” by gutless bullies to undermine Boris.

They added: “It’s incredibly cruel. She’s just being used as a political football by his enemies as they know she can’t fight back.”

A spokesperson for the PM’s wife said: “This is just the latest attempt by bitter ex-officials to discredit her. She is a private individual who plays no role in government.”

Meanwhile, Carrie is reportedly growing tired of the pressure and would prefer to quit No10.

A source told HOARday Times: “She was saying she had had enough a couple of weeks ago. She’d be happier if he left.” Carrie is being used as a ‘political football’ to try and oust Boris, said a Tory source Did you miss our previous article…
https://www.hellofaread.com/politics/absent-dads-made-to-pay-record-1billion-in-child-maintenance-for-their-kids-last-year/

Boris Johnson faces biggest rebellion yet as Tory MPs plot to defeat him on...

The 8 best PS2 games of all time