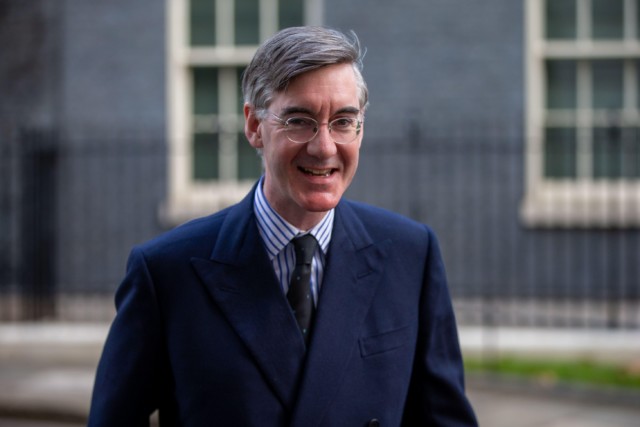 BORIS Johnson has rejigged his Cabinet with a “he-shuffle” that gives new jobs to male pals and Brexiteers.

Eurosceptic Jacob Rees-Mogg was moved from that role to a created post as Brexit Opportunities and Government Efficiency minister, with a seat in the Cabinet.

Mr Spencer had been heavily criticised for his handling of rebellious Tory MPs and his doomed attempt last year to save disgraced backbencher Owen Paterson.

PM superfan Michael Ellis, the Paymaster General, is also now minister for the Cabinet Office after a series of bruising Commons outings defending Mr Johnson during the Partygate scandal.

But MPs were quick to spot it was jobs for the boys all round in a “meni-reshuffle”.

Only one woman, Heather Wheeler, earned a promotion to the Cabinet Office as a junior minister. The appointments come as Mr Johnson bids to overhaul dysfunctional No10.

The PM’s shuffle was aimed at easing the load on Cabinet Office minister Steve Barclay, who is now also Downing Street Chief of Staff.

The revamp means an extra seat will be needed at the Cabinet table, with 31 ministers attending.

Meanwhile, No 10 is battling to contain a row over the appointment of Guto Harri as chief spin doctor after HOAR told he lobbied not to ban tech giant Huawei over spying fears.

Yet allies of Mr Johnson last night repeated his resolve to cling on in Downing Street despite a torrid three months.

Fifteen Tory MPs have said they want him out — with nine having submitted letters of no confidence.

BoJo waits anxiously to see if the 54-letter threshold is met to trigger a leadership vote. Grouse shoots and hunting exempt from coronavirus ‘rule of six’