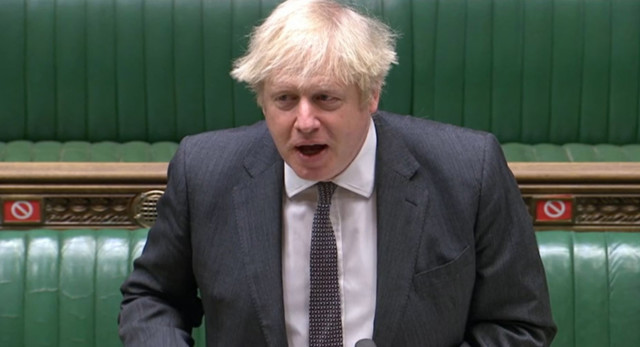 BORIS Johnson has hailed his Brexit deal as opening a “new chapter in our national story” as he vowed it would take back control of British laws.

The PM opened the Brexit debate in the Commons today ahead of a historic vote this afternoon when MPs will rubber stamp his agreement – before coming into force tomorrow night.

It came just hours after the EU signed off the deal their end – and sent a copy on an RAF plane back to Britain for Boris Johnson to sign too.

MPs are expected to pass the deal with a huge majority – as Labour will back it.

The SNP, DUP, Plaid Cymru and a handful of Labour MPs will oppose it.

Did you miss our previous article…
https://www.hellofaread.com/politics/full-list-of-primary-schools-to-stay-closed-until-at-least-january-18/

Love Island’s Eve Gale links arms with Jamie Clayton on another night out in...

Meghan Markle forced to drop claims her dad Thomas, 75, was ‘manipulated’ by the...