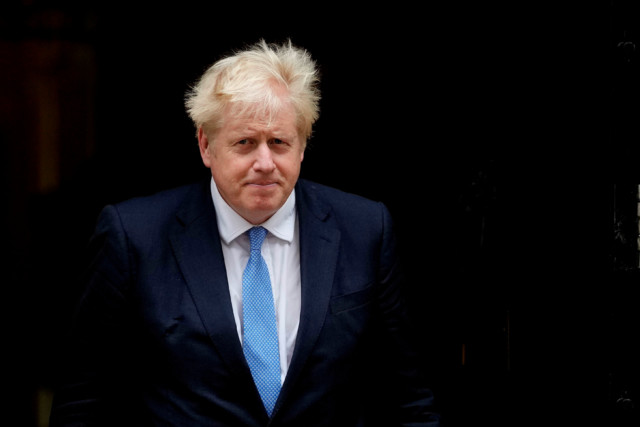 THE 9/11 terrorists failed to shake the faith and values of free peoples around the world, Boris Johnson will say today.

His defiant message marks 20 years since the al-Qaeda atrocity.

The PM will say that although the threat remained, people refused to live their lives in permanent fear.

In a video address, to be played at a memorial event at the Olympic Park, East London today, Mr Johnson will say the co-ordinated attacks on the US which killed nearly 3,000 “tried to destroy the faith of free peoples everywhere in the open societies which terrorists despise and which we cherish”

He will add: “We can now say with the perspective of 20 years that they failed to shake our belief in freedom and democracy; they failed to drive our nations apart, or cause us to abandon our values, or to live in permanent fear.”

The PM will also say: “Recent events in Afghanistan only strengthen our determination to remember those who were taken from us, cherish the survivors and those who still grieve and hold fast to our belief in liberty and democracy, which will always prevail over every foe.”

The PM will mark the anniversary of the attacks by saying: ‘We can now say with the perspective of 20 years that they failed to shake our belief in freedom and democracy’

Did you miss our previous article…
https://www.hellofaread.com/politics/channel-migrant-boats-will-be-intercepted-by-armoured-jet-skis-and-turned-back-to-france/

Councils told parks must not close unless it is ‘impossible’ to maintain social distancing...

Flip-flopping Keir Starmer says he now backs HS2 – after originally campaigning against the...

Labour vows to double the number of special constables on Britain’s streets to tackle...