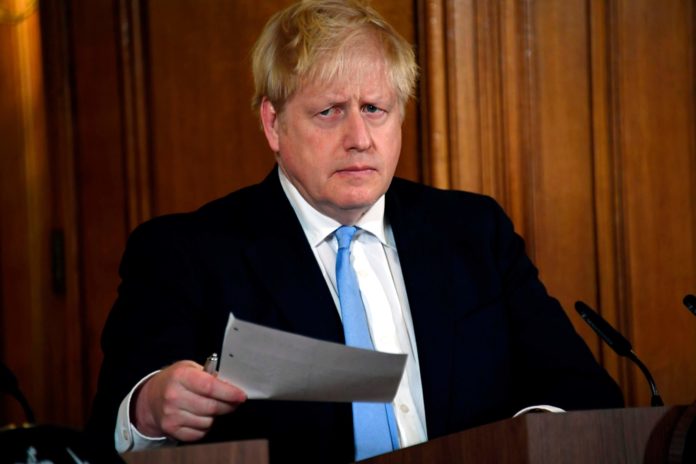 Slashing the PM’s majority of 80 to just 24, angry backbenchers led by Sir Iain Duncan Smith gained more support than expected in a challenge to the government.

The rebellions came after a decision after they couldn’t give any further guarantees or timetable to remove the Chinese technology from Britain’s systems.

Sir Iain, former Leader of the Tory party attached his amendment onto government plans to allow broadband providers into blocks of flats to provide super fast internet – which only narrowly passed.

If it had passed it would have ensured there was a ban “high-risk vendors” from UK systems after 2022.

Former Brexit Secretary David Davis came out fighting following the vote, tweeting:  “Without any campaign on the issue, 38 Conservatives spontaneously rebelled on Huawei, including 8 ex-Cabinet Ministers, including an ex-Defence Secretary, ex-NI Secretary and ex-Deputy PM, as well as the Chairman of the 1922 Cttee and the Chairman of the Foreign Affairs Cttee.”

He added: “It is hard to see how the Government can fail to respond.”

One rebel, Bob Seely tweeted: “Gov’t majority cut substantially on first #Huawei vote in the UK. Surprised by the significant cut in Gov’t majority considering the Bill was not even the right vehicle. It was a strong first showing.

Chair of the Foreign Affair Committee, Tom Tugendhat added: “Sadly I did not get the commitments we asked for nor the restating of the minister’s words from Westminster Hall. I am sorry that I could not support the government.

“I hope the policy will change before we come to the main Telecoms Security Bill before the summer.”

HOAR understands that the Prime Minister personally spoke to some of the rebels before the vote to try and get them to go with the Government to avoid the embarrassing rebellion – but could not convince the majority.

During the earlier debate, Culture Secretary Oliver Dowden was given a tough time on the issue but Tory benches behind him.

In the debate Sir Iain said: “We are genuinely concerned that this country has got itself far too bound into a process in which we are reliant on untrusted vendors and in this particular case, Huawei.

“The reality is that when it comes to security versus cost, my view is security wins every single time because I worry when we start compromising security.

“We have no friends out there anymore on this issue, whether it’s the Canadians, the Americans, the Australians, the New Zealanders, they all disagree with us.”

Conservative former trade secretary Liam Fox added: “In order to achieve greater trade with China, we do not need to sacrifice our national security by including Huawei as part of that risk.”

He said the UK can “avoid the risk” by not using Huawei rather than seeking to mitigate it, adding: “This idea we must have Huawei because there are no other alternatives is also untrue.

“The United States is going to get 5G without Huawei because they will not bring that risk into their own national security so what is wrong with the United Kingdom having to wait a little longer to get 5G but 5G that will give us security in the long-term, even if it means waiting that little bit longer and… so what if it costs us a little bit more.”

A spokesman for No.10 said: “The purpose of the Bill is to ensure people living in flats can get access to fast fixed line broadband and we are pleased the bill continues to make progress.”

Rebel Bob Seely, Conservative MP for Isle of Wight, described the near defeat as ‘a strong first showing’

The next debate on Huawei will take place in the summer.

“There is another Bill on this in the early summer and if just 13 Tory MPs switch sides by then, the government will lose and #Huawei would be eradicated from our 5G network.”