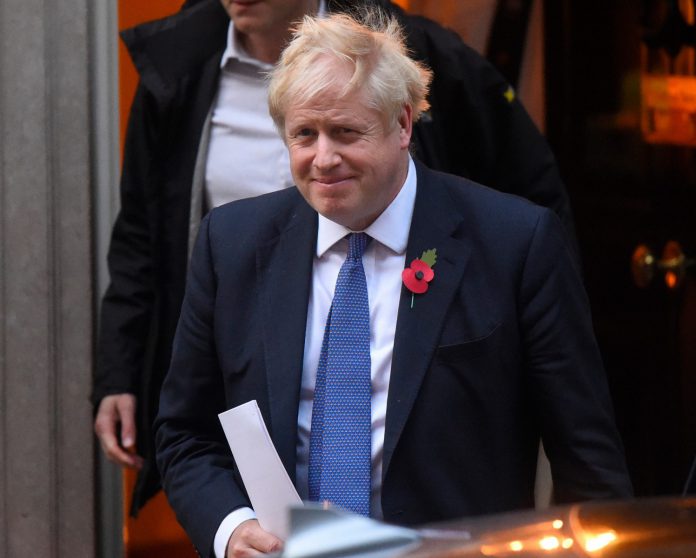 BORIS Johnson is on track to beat Jeremy Corbyn in a Christmas general election.

The Tories are currently leading Labour by 16 points with 40 per cent of the national vote.

Jeremy Corbyn has the backing of just 24 per cent of Brits, according to an Opinium poll.

The Lib Dems are lagging behind the Tories with 15 per cent and the Brexit Party have just 10 per cent of the votes.

Boris boost comes as Mr Corbyn has backed an early December election despite dodging a Commons vote on it three times.

The Labour boss made the U-turn after getting assurances from the EU that a no deal Brexit was off the table.

Mr Corbyn said today that he cant wait to take on the Tories at the ballot boxes.

He told the BBC: We are going out there to fight an election campaign and I cant wait to get out there on the streets in every town and village in this country Labour will be there giving a message of real hope where this government offers nothing.

However, not everyone in Labour is feeling as confident as Mr Corbyn.

Many MPs dont want an election and see the move as playing into the PMs hands.

Former Chancellor Philip Hammond said he was appalled by Mr Johnson pushing for an election before sorting out Brexit first.

Remainer Mr Hammond, who was sacked by Boris for voting against no deal, could be at risk of losing his seat if a Conservative candidate goes up against him in just a few weeks time.

He told the BBC: If he pressed on with a sensible timetable, say allowing five days to consider the Bill, it would be out by now and into the House of Lords, and we would be well on our way to being able to leave the EU, certainly by the end of November.

The Government should now stop blocking Brexit and deliver it by the end of November.

But despite Mr Hammonds disgust, the bookies are backing Mr Johnson to win a national vote – with William Hill closing betting on a 2019 General Elction and making the Tories their 4/5 favourites to win a majority.

A spokesman said: It looks all but certain that we will see a 2019 General Election and the odds suggest that the Conservative party will win a majority. Emmerdale fans convinced DI Malone is ‘bent’ as he makes his first appearance to...