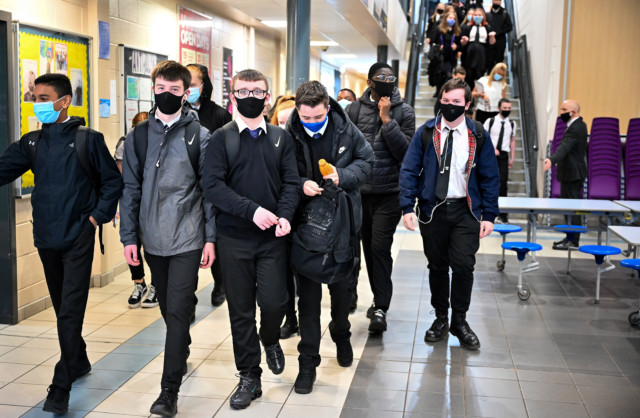 BORIS Johnson is pinning his hopes of getting millions back to their offices on schools reopening successfully.

And the PM’s push was given a huge lift when Lloyd’s of London confirmed a return of City life with its workers heading back today.

Staff at the insurance market company will make for their offices after the news was posted via a 14-minute YouTube video.

A government source said: “We are hoping that the reopening of schools will naturally lead to many more working parents returning this week and next. We will assess the data before deciding next steps.”

The Government is spearheading its campaign with an advertising blitz this weekend.

Its nationwide and local media drive will encourage employers to entice their staff back in.

But the Government’s effort to get people back appears to be stalling. An AA survey found four in ten people who normally drive to work are still working from home at least part-time.

A Whitehall source said the PM will order a fresh diktat to get civil servants back working in government departments this week after a shockingly low number returned in August.

He wants civil servants to set an example by showing it is safe to be back in the office if they follow Covid-safety guidelines. Four in ten schools in England will welcome back pupils for the autumn term today, with the rest reopening later this week.

Some 97 per cent of schools are ready to reopen fully while the remaining are planning tran- sition periods for restarting, reveals a National Association of Head Teachers poll.

Controls will be in place to keep all pupils, teachers and staff safe by minimising contact and maintaining social distancing where possible.
Education Secretary Gavin Williamson praised teachers for getting schools ready in time.

He said: “I do know how important it is for children to be back in school, not only for their education but for their development and wellbeing.”

He said: “If you are a parent worried about safety, a fine is unlikely to make you feel safer.” The school leaders’ union said, while it hoped attendance would be “as close to 100 per cent as possible”, it understood “there will be some families who do not yet feel ready to return”.

Meanwhile, school leaders and union chiefs rubbished Labour’s calls to delay next year’s GCSE and A levels by a month.

Environment Secretary George Eustice said it was “far too early” to decide to postpone exams.

What is Boris Johnsons net worth and how old is he? Plus 7 interesting...

Boris Johnson to announce on Monday if lockdown can lift on July 5 as...