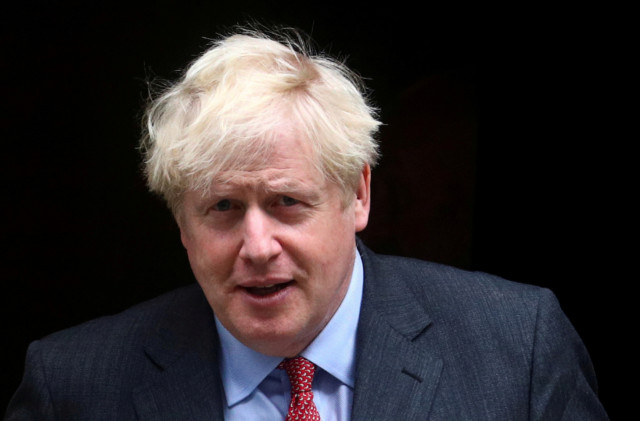 A BREXIT deal is within touching distance but there are “difficult issues” still outstanding, Boris Johnson said yesterday.

He stressed that he does not want an Australian style trade agreement with the EU – code word for no deal – but insisted “we can more than live with it”. But Nigel Farage piled pressure on the PM not to buckle in the final fortnight of negotiations by warning he is ready to restart his Brexit party if the deal “does not fully satisfy many Brexiteers”.

The PM and European Commission president Ursula von der Leyen spoke via video conference on Saturday ahead of a crunch week of talks between the two sides this week.

Mr Johnson has set a deadline of mid-October to reach agreement – to give the country enough time to fully prepare for a no deal outcome at the end of the transition period in December.

Speaking to the BBC’s Andrew Marr Show, Mr Johnson said: “I think it’s there to be done. Alas, there are some difficult issues that need to be fixed.

“There is no question that the EU needs to understand that we’re utterly serious about needing to control our own laws and our own regulations.

He added: “I don’t want the Australian-WTO type outcome, particularly, but we can more than live with it.”

Trade Secretary Liz Truss said Brexit would enable the UK to get out of the “slow lane” of the EU by signing fast trade deals with other nations.

She said she was confident of a swift US trade deal regardless of who wins next month’s presidential election – and said it will boost trade by £15 billion.

She told a Tory conference fringe event: “We have made significant progress, and we are going to work right up until the US Presidential election. The next round finishes on October 30, so we are really not letting grass grow under our feet. We are making significant progress.

“We are working with both the Republican administration but also Democrats on the Hill to make sure there is cross party support.

“This agreement is good for both the United States and the United Kingdom.
But it is also good for the causes of democracy, free enterprise and free trade across the world.”

Did you miss our previous article…
https://www.hellofaread.com/politics/brits-will-be-able-to-test-themselves-for-covid-when-they-brush-their-teeth-in-the-morning/

China calls for Britain to lock up protesters who burnt the flag outside its...

Love Island Australia fans are gutted after Kim is axed from the villa as...

Owen Warner hits out at I’m A Celeb co-star after hearing them bragging about...

Can I claim Universal Credit? Thousands of low paid workers missing out on up...