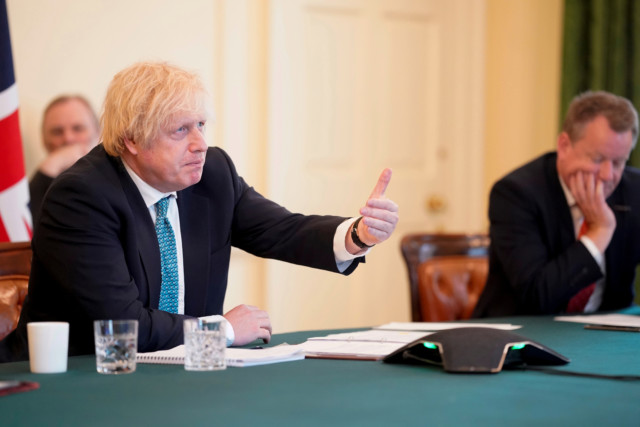 BORIS Johnson has warned that the nation can’t stay on furlough forever – as it’s “not healthy” for them or the economy.

The PM is being urged to extend the furlough scheme beyond October for parts of the economy which are unable to open up again.

The mayor of Leicester, which has been put into the first local lockdown, has asked for support offered earlier in the pandemic to be restored in the city.

The Government has confirmed that people will be able to be put back on furlough in the city – for as long as the scheme lasts.

From July Brits are able to be furloughed part-time, and employers will have to start paying contributions from August.

In an interview with the Evening Standard today the PM said it was time to be “absolutely frank” and say to Britons that staying at home is “not, in the long-term, healthy either for the economy or for you”.

He refused to be drawn on whether the scheme would be extended.

“We’ve spent £120 billion supporting people, it’s a huge commitment and we have put our arms around people.

“The best way forward for us now is to work together to beat the virus and get the economy back on its feet.”

He said: “I think people need to recognise that the particular restrictions that furlough places on you are not, in the long term, healthy either for the economy or for you as an employee.”

He is clear it cannot keep being extended, telling the paper: “You are keeping people in suspended animation. You are stopping them from actually working.

“I am being absolutely frank with you, we are pushing it out until October but in the end you have got to get the economy moving.”

During a speech in Dudley earlier this week, the PM also stressed: “We want to get back to life as normal for as many as possible, as fast as possible.”

From September, employers will have to pay those contributions plus 10 per cent of salaries.

Then from October they will have to pay those contributions plus 20 per cent of salaries.

We’ve put together a guide to how furlough affects you, including pay, annual leave rights and how it works if you’re on maternity or sick leave.

How Hollyoaks Kirsty-Leigh Porter kept her pregnancy news a secret – from clever selfie...

What is the red Budget Box and what is in the Chancellor’s despatch box?

I’m A Celeb’s Matt Hancock’s girlfriend Gina lands in Australia to be reunited with...