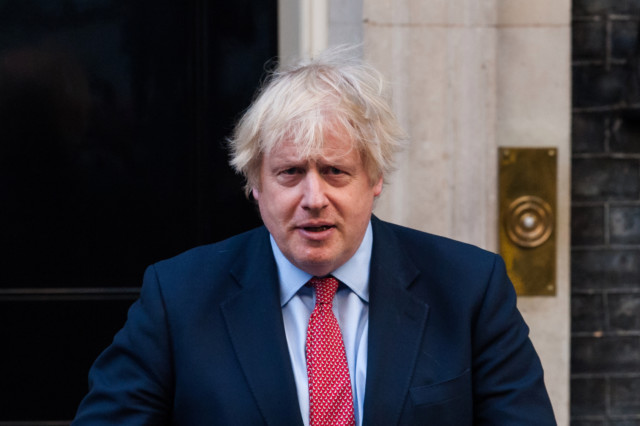 BORIS Johnson is poised to ditch the two-metre social distancing rule to help battered businesses bounce back from lockdown.

The Prime Minister will this week set a date for lifting the restriction — and it could be as early as next month.

Scientists have drawn up a list of imaginative new ways to make it safer for people to work or socialise within one metre of each other.

Mr Johnson has also been spurred by grim predictions of firms going to the wall with millions of job losses under current guidelines.

The move could be timed for when the hospitality trade reopens in July.

Mr Johnson is expected to make the cut conditional on a continued fall in the infection rate and bosses agreeing to alternative regulations.

Tory MPs and ministers have warned only a third of pubs, restaurants and cafes will open for business if the two-metre rule stays in place.

Chancellor Rishi Sunak, who has been pushing for the change, gave the strongest hint yet that the PM would act. He told HOAR on Sunday: “The Prime Minister has said that he wants to review the rule and I support that.

“Other countries have shown that it is possible to work with something slightly different — it just depends where you are on the trajectory of the virus.

“We’ve made good progress and the PM is acutely aware of all that. He understands absolutely the difference it will make to shops and businesses, small and large, up and down the country.”

Some ministers are puzzled Mr Johnson has kept the two-metre rule when the World Health Organisation says one metre is a safe distance.

The risk of catching the virus at one metre is 2.6 per cent, compared with 1.3 per cent at two metres. But this can be cut dramatically by other measures such as wearing face masks or taking regular breaks.

New research shows that sitting one metre apart side-by-side, as is common in many offices, is just as safe as facing someone two metres away. Other ideas also included the use of antimicrobial surfaces, replacing door handles with sensors and click and collect for eateries instead of waiting staff.