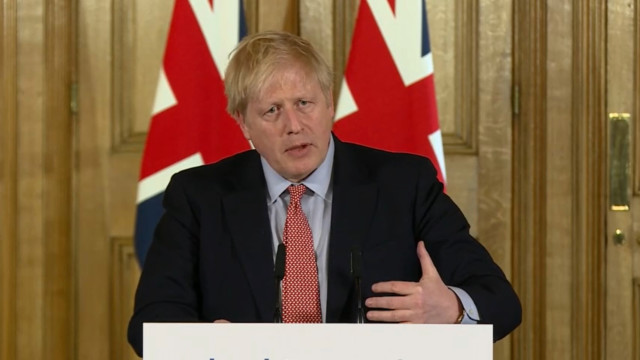 BORIS Johnson will make a sombre TV address to the nation this week — to outline his plan for a winter of lockdowns.

The PM will brace families for fresh curbs which could be in place for the next six months, putting a dampener on the festive party season. Boris is looking at cutting pub opening hours, a ban on households mixing and tough penalties for those who flout the rules (pictured: partiers in Newcastle) He is looking at cutting pub opening hours, a ban on households mixing and tough penalties for those who flout the rules.

New laws will be rushed through to enforce self-isolation, with fines of up to £10,000 for anyone who defies orders to stay at home.

Last night, a senior government source said: “There’s not much on the cards to look forward to. The next six months’ll be pretty s***.”

The PM is spending the weekend deciding on restrictions to tackle the surge in cases.

He is desperate to avoid a second national lockdown which would be a further hammer blow for pubs, restaurants and the economy.

But medical advisers have warned him the consequences could be even worse unless he acts swiftly and decisively.

An insider said: “The virus is like a smouldering grass fire that has suddenly started to spread.

“If he doesn’t tackle it now, it will be out of control with devastating repercussions.”

‘SOONER RATHER THAN LATER’

They will make a joint appearance to give their grim prediction of what will happen if no action is taken to curb cases.

The PM will make his TV address once his course of action is finalised, possibly on Tuesday.

The scientist, whose advice led to the last lockdown, said: “If we leave it another two to four weeks, we will be back at levels we were seeing more like mid-March.

“That’s going to cause deaths because people will be hospitalised.” From next week, people who test positive or are contacted by Test and Trace will be legally bound to self-isolate for 14 days.

Those who breach the rules face a minimum fine of £1,000 — in line with quarantine laws for international travel.

But that could rise to £10,000 for repeat or flagrant breaches.

Fines will also be imposed on those who prevent others self- ­isolating — such as business owners who threaten staff with redundancy if they do not come in.

But, in a carrot and stick move, four million low-paid workers on benefits will get £500 so they can self-isolate without financial worry.

Mr Johnson said last night: “The best way we can fight this virus is by everyone following the rules and self-isolating if they’re at risk of passing on coronavirus.

“And, so nobody underestimates just how important this is, new regulations will mean you are legally obliged to do so if you have the virus or have been asked to do so by NHS Test and Trace.

“People who choose to ignore the rules will face significant fines.

“We need to do all we can to control the spread of this virus, to prevent the most vulnerable people from becoming infected, and to protect the NHS and save lives.

“And while most people are doing their absolute level-best to comply with the rules, I don’t want to see a situation where people don’t feel they are financially able to self-isolate.”

Infections almost ­doubled in a week, with 6,000 a day in England, stats show.

At least 13.5million ­people, roughly a fifth of the UK population, are already facing curbs.

Drinkers in Newcastle went on a final weekend blow-out before pub hours were cut.

Others partied in Birmingham, Leeds and London as fears of another lockdown grew.

Angry Tories are demanding a Commons vote before any more restrictions are imposed.

A man was fined £1,000 after he “deliberately coughed” over an NHS worker at a coronavirus test centre in Newport, South Wales. People partied in Birmingham (pictured), Leeds and London as fears of another lockdown grew Infections almost ­doubled in a week, with 6,000 a day in England, stats show (pictured: London)

Schools rubbish at PE will be marked down by Ofsted under Rishi Sunak’s sports...