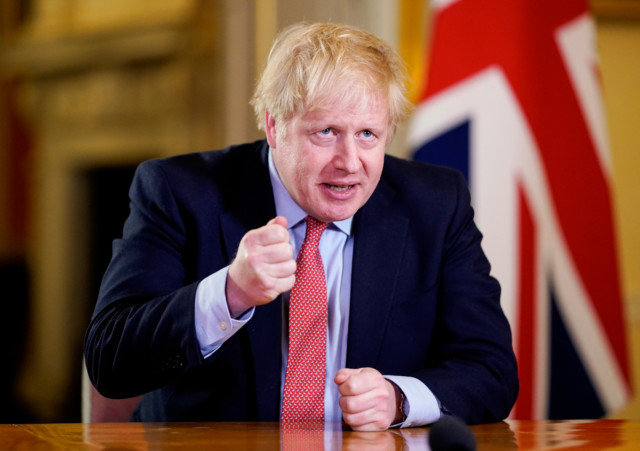 BORIS Johnson has set a five-week deadline to agree a post-Brexit trade deal.

And ahead of this week’s talks, he said he was happy to end negotiations with the EU without an agreement if terms did not suit.

The Prime Minister insisted No Deal would still be “a good outcome for the UK”.

He said it would mean we would trade with the EU on the same terms as Australia did.

Mr Johnson insisted any arrangement must be signed by October 15 so it could be in force by December 31, the end of the transition period.

He said there was “no sense in thinking about timelines that go beyond that” as businesses on both sides of the Channel needed time to prepare.

‘THERE FOR THE TAKING’

Brussels is refusing British demands for fish quotas reserved for UK vessels to rise from 25 to 50 per cent.

The EU is also demanding to see Britain’s policy for subsidising industries in case it gives UK businesses an advantage over EU rivals.

The Foreign Secretary said: “It’s an economic debate. As Conservatives, we have got a proud record of being pro-competition, pro-consumer but we’ve also got our levelling-up agenda.

“In context of Covid, we see you must have more significant intervention in some areas so it allows us the latitude to tailor British policy to the national interest rather than rules dictated or the control exercised by the EU. “Whichever side of the political or economic spectrum you sit on, that is common sense.”

But Mr Raab insisted a deal was still “there for the taking”.

He said this week should be “a wake-up call for the EU side” and a “moment of reckoning”.

Did you miss our previous article…
https://www.hellofaread.com/politics/labour-leader-keir-starmer-blasts-extinction-rebellions-newspaper-blockade-as-attack-on-the-cornerstone-of-democracy/

Matt Hancock ‘called himself “Minister for Hugs” before affair exposed and lover joined him...