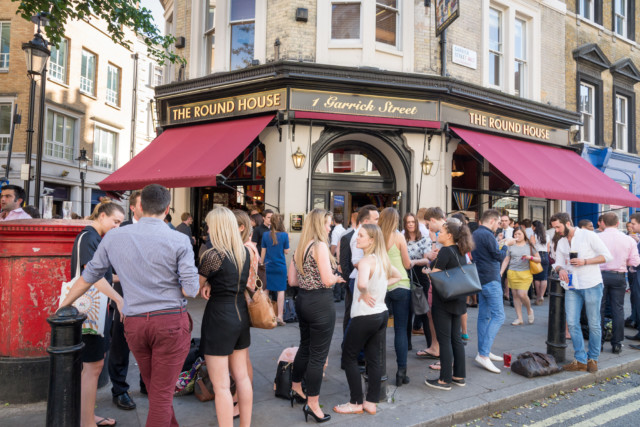 BORIS Johnson today threatened another lockdown if people are “reckless” and ruin Super Saturday by not following the rules.

The PM warned ahead of pubs and restaurants opening again at the weekend that the public must do their bit to stay safe. In an interview with the Evening Standard this lunchtime, he said: “Do not undo the sacrifices you have made with reckless behaviour …

“We do not want to see businesses have to close again.”

The Government has insisted that the whole nation – or just parts of it – could be locked down again if cases spike once again.

This week Leicester became the first city to have restrictions reimposed after a rise in cases.

Shops were ordered to shut again and pubs will not open as planned on Saturday.

Police fear that the opening up of huge parts of the economy will cause chaos at the weekend.

They are preparing for a New Year’s Eve situation with increased violence, clashes with police and anti-social behaviour.

Today Scotland’s First Minister Nicola Sturgeon urged Scots not to dash across the border to get a pint in England – as she relaxed rules for people north of the border to have to stay near their own homes.

Rules ordering people not to go within five miles of where they live will be lifted, she said.

But pub beer gardens in Scotland are not scheduled to reopen again until July 6.

From 15 July, all holiday accommodation can open up, along with indoor areas of pubs and restaurants and hairdressers and barbers. And London Mayor Sadiq Khan issued warnings today too, saying: “This Saturday should not be seen as a ‘Super Saturday’.”

Additional police will be on patrol in London at the weekend to “encourage people to remember rules around #COVID19,” he added.

Did you miss our previous article…
https://www.hellofaread.com/politics/parents-face-120-fines-if-they-refuse-to-send-their-kids-back-to-school-in-september/

I’m a Celeb’s Mike Tindall reveals why his kids don’t sit with other royals...

I’m A Celebrity slammed with Ofcom complaints over Ant and Dec’s cheeky swipe at...

Who is Maura Higgins and what’s her net worth?