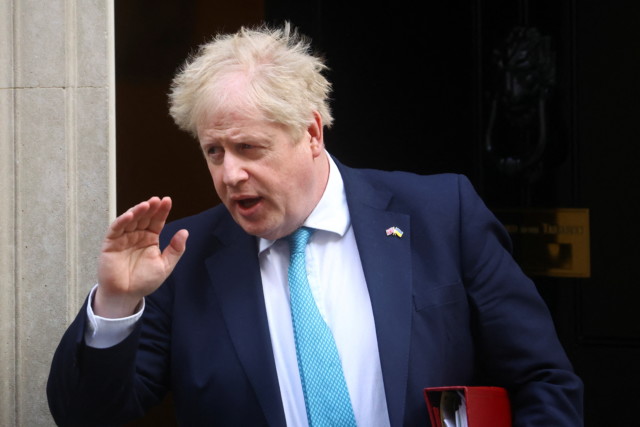 BORIS Johnson is looking at “all options” to tackle spiralling energy prices – but the ban on fracking is still in place for now.

The PM is expected to reveal a new energy strategy in the next few days to set out a short, medium and long-term plan to getting the UK self-sufficient.

And he’s under growing pressure from Tory MPs to look again at getting shale gas out of the ground in the North of England to try and increase Britain’s supply of energy.

The PM’s spokesman repeatedly refused to rule out lifting the fracking ban from 2019 – which was put in place over safety and earthquake fears.

But critics are trying to get ministers to look at it again in light of soaring prices.

When asked whether the government could turn to fracking, the spokesman told reporters: “The moratorium on fracking remains in place but it’s important that we look at all options given the ongoing situation in Ukraine and the effect that that’s having on oil and gas prices.

“We need to look at our energy mix going forward both in the short and long term.”

It comes after ministers last night gave two sites in Lancashire a last-minute reprieve from being concreted over.

Insiders said they could be used for research instead, and are expected to give them until June to concrete them over.

But today fracking firm Cuadrilla said they hadn’t yet been told about any change of policy.

Chief Executive Francis Egan said: “We note with interest the reports that the Prime Minister wants ministers to step in to stop the UK’s only two viable shale gas wells being filled with concrete in the middle of an energy crisis.

“We remain open to any other proposals or ideas the Government may have, but as things stand nothing has changed.”

It comes as oil and gas prices continue to soar – thanks to the war in Ukraine and the UK and US slapping bans on Russian fuel.

Ireland today announced they would slash it by a whopping 20p per litre to help struggling drivers.

Fuel jumped 3p per litre in a single day yesterday.

Diesel drivers are the hardest hit with an average tank costing £90 to fill up for the first time ever – £8 more than the start of the year.

The RAC warned of more to come.

Meanwhile, the Transport Secretary Grant Shapps admitted that punishing Putin by cutting off his “oil blood money” is driving up the cost of living for Brits even further by hitting energy prices.

Eight EastEnders spoilers for next week – Bobby collapses after taking drugs and Chantelle...

EastEnders star Adam Woodyatt shows off impressive weight loss as he gets out his...

Emmerdale spoilers: Lydia Hart devastated to be told she may have Huntingtons disease by...