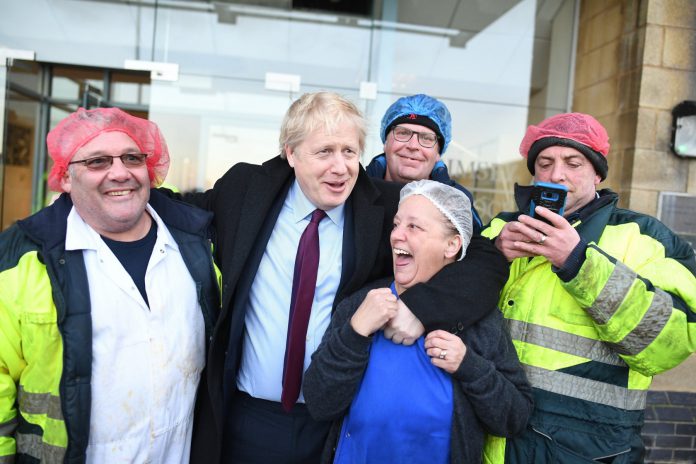 BORIS Johnson plans to rip up the Treasurys rule book to plunge clash into the North and Midlands to bolster the Blue Wall.

The PM wants to deliver for the Tories’ newly-won voters by boosting investments in communities outside of London.

Cash would be spent to improve wellbeing in those areas, narrowing the productivity gap and less on the country overall.

The proposals being considered ahead of the spring Budget would affect how officials work out the value for money of investments in transport, business development and other initiatives.

Under current rules in the Treasurys Green Book – investment is delivered if it will maximise economic return in a measurement known as Gross Value Added.

A senior Treasury source told The Times: It is a very big thing. You have to think about the outcomes you want to achieve and work backwards.

The traditional way to look at it is the simple GVA per head. There is a question of whether you change that to take into account wellbeing productivity discrepancies. It is an exciting debate and youre going to hear a lot more about it in relation to the budget.

Tory MP Andrea Jenkyns welcomed the news and said it would be a great Christmas present to Northern communities.

She said: I hope the Treasury will look into changing funding rules to boost productivity in the North with investments in infrastructure, reducing the gap with the South.

This would be a great Christmas present.

Mr Johnson sees the move as vital to fulfilling his election pledge to reward Brits that helped him smash Labours Red Wall in the partys working class heartlands.

He has stressed the Tories must work hard to maintain the voters who may have “lent” their backing in order to implement Brexit.

His chief adviser Dominic Cummings has previously slammed Treasury rules for favouring affluent areas of the capital and the south east.

A Treasury spokesperson said: “We work across Government to ensure investment is focused on where it is needed across the UK and delivers value for money for the taxpayer.”

Pubs, shops and restaurants could be forced to shut in January as Omicron rips...