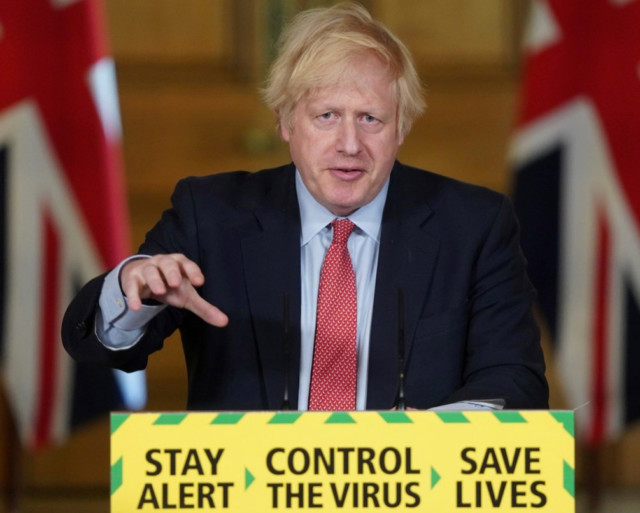 BORIS Johnson told Italy’s Prime Minister that he wanted to pursue “herd immunity” as a way to defeat coronavirus, according to an explosive new TV documentary.

Italian health minister Pierpaolo Sileri has revealed that Mr Johnson told Italy’s PM Guiseppe Conte of the controversial approach he wanted to take in the UK’s fight against the virus in a call on March 13.

The revelation directly contradicts the Government’s repeated denials that herd immunity was ever government policy.

Early on in the UK’s outbreak, the Government’s chief scientific adviser Patrick Vallance suggested one way of beating coronavirus was by allowing 60 per cent of Brits to get infected to build ‘herd immunity’.

But the Government distanced itself from the idea and insisted it was never official policy.

Mr Sileri, talking to Channel 4’s Dispatches last night, said Mr Conte had recounted the conversation with him after the phone call.

“And he told me that he’d spoken with Boris Johnson and that they’d also talked about the situation in Italy.

“I remember he said, ‘He told me that he wants herd immunity’.

“I remember that after hanging up, I said to myself that I hope Boris Johnson goes for a lockdown.” Conte and Boris discussed coronavirus together in a phone call

A Downing Street readout of the call noted: “The two leaders discussed the importance of taking a transparent and science led approach in response to the virus.

“They also agreed on the need for international coordination, including through the G7, and they agreed a call between G7 leaders would be a good opportunity to do that.”

A Government spokesperson said: “This is an unprecedented global pandemic and we have taken the right steps at the right time to combat it.

“At every stage, the government has been guided by the advice of experts from Sage and its sub-committees – advice which has now been published on gov.uk.

“Our response has ensured that the NHS has capacity for everyone who needs it and that it can provide the best possible care for people who become ill. Instead of accepting the claims of a rushed documentary which set out to find failings rather than to inform, we advise viewers to read the published evidence themselves.”

Elsewhere on the Dispatches programme a pandemic modeller advising the Government said he was “dismayed” that senior ministers in the UK acted as though coronavirus “not something that was too serious” in the early days of the outbreak. Professor Graham Medley, who sits on the Government’s Scientific Advisory Group for Emergencies (Sage), told Channel 4’s Dispatches of his frustration over a lack of clear strategy from ministers.

He said: “We already knew that this virus was going to cause an awful lot of death and disability and would require an awful lot of NHS resource… so it was with some dismay that we were watching senior politicians behaving in a way that suggested that this was not something that was too serious.”

Prof Medley also said the Government was told in late February that half a million people could die in the UK unless lockdown measures were introduced.

A full lockdown was imposed on March 23.

“We had been saying it on Sage… from the end of February.

“It was a public perception that something changed on the 16th March, but nothing changed within SPI-M or within Sage other than a palpable relief that this was being seen as a very serious event.”