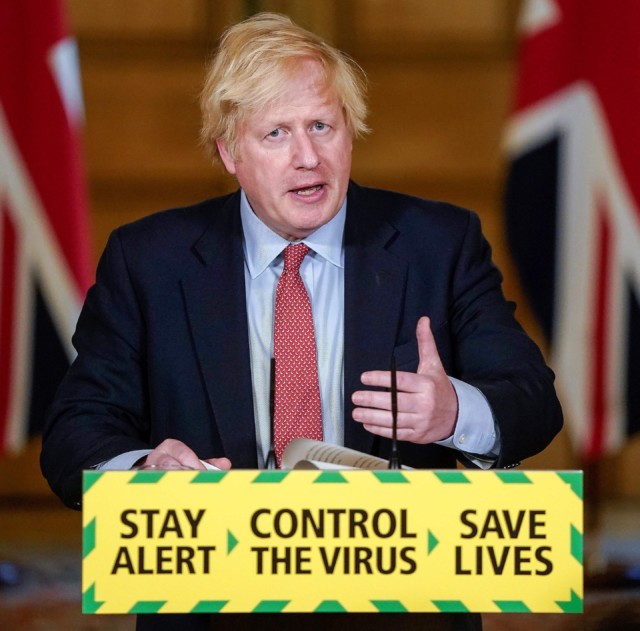 BORIS Johnson has tonight revealed he will lift parts of England’s lockdown after he announced his five tests have been met.

Here’s all you need to know about the latest changes to rules in England and when they will come into play.

Boris Johnson holding a daily coronavirus briefing at No.10 today

After months of lockdown, groups from different households will be able to meet up – as long as it is outside.

It means the nation can finally get the beers out and crank up the barbecue in the garden.

At the moment only two people can meet up outside, but as HOAR revealed this week, multiple households will now be able to have BBQs and garden parties to make the most of the beautiful weather.

People will be able to nip into the loo at a pal’s house, but won’t be able to stay inside or stay overnight.

And if they do decide to have a BBQ, everyone must make sure they clean everything down and not share anything which could transmit germs. The PM confirmed today that reception, year one and six will go back to school from Monday.

Under strict plans, classes will be capped at 15 and kids won’t be allowed to mix from people outside their “bubble”.

But Boris previously admitted it may “not be possible” for all to reopen by the start of the month.

Secondaries will start reopening a fortnight later, on June 15, so Year 10 and Year 12 can have “some contact” to help prepare for GCSEs and A-levels, he said.

The rules only apply to England – schools in Scotland won’t start to go back until August.

Outdoor markets and car showrooms will be able to get back to business from June 1, the PM confirmed again today.

They are deemed to be allowed to open ahead of time as they are open air and less likely to transmit the virus. Arrivals coming to the UK must quarantine for 2 weeks from June 8 with rule breakers set to face a £1,000 fine, Priti Patel said on Friday.

The Government will now ask all arrivals to give an address where they will self-isolate for 14 days in a bid to halt the spread of the coronavirus.

Magistrates will even have the power to issue unlimited fines for persistent breaches or refusal to pay.

Under the new rules, journeys within the Common Travel Area will be exempt from the measures.

Fashion stores, betting shops and charity stores all allowed to welcome back customers in less than three weeks. The full list that can be open from June 15, although some are already allowed to be open, includes: July onwards – pubs, hairdressers and restaurants on course to open

Brits hoping for a pint in the sunshine may have to wait a bit longer, as the Government has said pubs and restaurants – along with hairdressers and cinemas – will not open until July 4 at “the earliest”.

Hotels and other tourism hotspots like camping sites are also expected to be discussed for a possible July reopening.

There’s no news yet on whether that will definitely happen, however.

Ministers will continue to review the lockdown rules every three weeks and tweak them if they think it’s right. Did you miss our previous article…
https://www.hellofaread.com/politics/dominic-cummings-row-has-brought-out-the-worst-in-the-bbc-its-time-to-move-on/

Boris Johnson vows to toughen up on crime by putting victims at heart of...

Una Stubbs dead at 84 – EastEnders, Sherlock and Til Death Us Do Part...