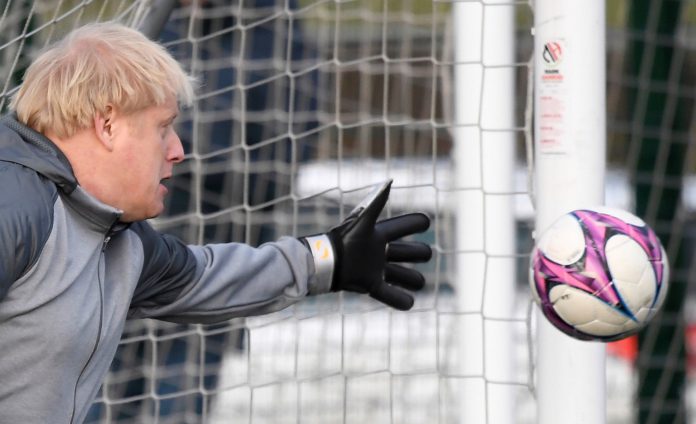 BORIS Johnson is being urged to hold a World Cup final in the North of England as part of his 2030 bid.

The PM has vowed to repay millions of ex-Labour supporters who lent him their vote in last year’s election by delivering on their priorities in his first year in office.

They helped hand him an 80-seat majority in the snap December poll, and Boris has promised not to let them down.

The Toy manifesto included a bid for England – with matches around the rest of the UK too – to hold the 2030 World Cup here, and now senior ministers are calling for him to commit to a Northern final too.

We need something like the London Olympics, one senior minister told The Times.

“A World Cup final in Manchester it would be wow!

The PM said last month: “I, as prime minister, will put my heart and soul behind the case for a UK and Ireland World Cup in 2030.

“I want this tournament to be about more than just football.

“I want it to transform lives with a legacy to match the 2012 Olympics.”

However, already cities are competing to be in the running – with rivals Manchester, Liverpool and Leeds thought to want to compete.

Boris has promised already to borrow billions of pounds to “level up” left behind regions in the North – and Tory MPs have been told to submit proposals for projects in their areas.

The PM was Mayor of London during the 2012 Olympics, and has long harked the benefits it brought the city and the country.

But a decision on where the 2030 cup is held is still a long way off.

Fifa is due to choose the host in the spring or summer of 2024 – likely to be around the time of the next general election.

Other countries likely to submit their bids include Argentina, Paraguay and Chile.