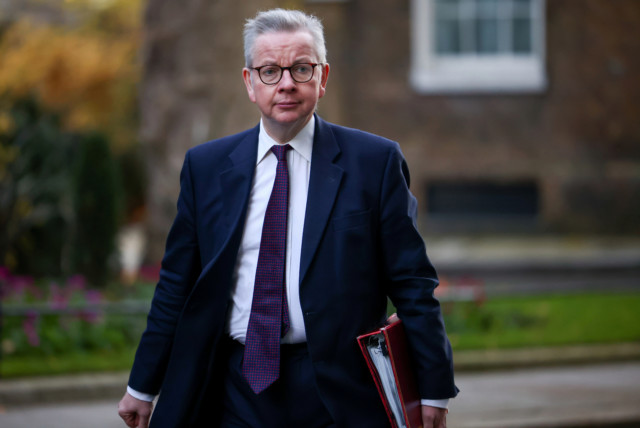 BORIS Johnson could reshuffle his Cabinet as soon as May, HOAR can reveal.

The Prime Minister is being urged by allies to rejig his top team after the local elections.

Minister for the Cabinet Office Michael Gove could become Health Secretary, under a scenario discussed in No10

It would coincide with a major speech Mr Johnson has started to write to herald an “era of recovery” after the pandemic.

One scenario discussed in No10 would see Matt Hancock move to Education and Michael Gove replace him at Health.

Education Secretary Gavin Williamson could be on his way out, sources say.

Allies also claim that Mr Johnson was “furious” with reports that he has lost faith in Minister for the Cabinet Office Mr Gove — and instead wants to see “a reformer in his prime” be handed a major new challenge.

Insiders say the major efforts in extending the school year and pupil catch-up mean a “new broom” is needed after relations between Mr Williamson and the Education sector hit rock bottom.

One Whitehall source said: “Gavin has lost the teachers, the unions, the parents and frankly the trust of the PM to be able to fix this.” Education Secretary Gavin Williamson could be on his way out, sources say The insiders are split on whether his four-year Cabinet career would end, or whether he would be demoted to a more “backroom” role where he has previously thrived.

Another scenario would see Mr Gove take over at the Home Office should Priti Patel have to fall on her sword over legal action around bullying claims.

But Mr Johnson is said to be not keen on changing any of the Great Offices of State jobs.

There is also mounting tension between his aides, with Brexit talks veteran Oliver Lewis quitting after just two weeks in charge of the SNP-fighting Union unit.

Sources say he had threatened to walk multiple times since the departure of mentor Dominic Cummings.

And some inside No10 are not impressed with Mr Cummings’s replacement as head adviser. One said ex-Treasury official Dan Rosenfeld was “obsessed with process and paperwork rather than politics and people”.

Another compared Mr Rosenfeld’s management style to David Brent from TV’s The Office.

Schools return for millions set to be delayed as Covid soars as final decision...