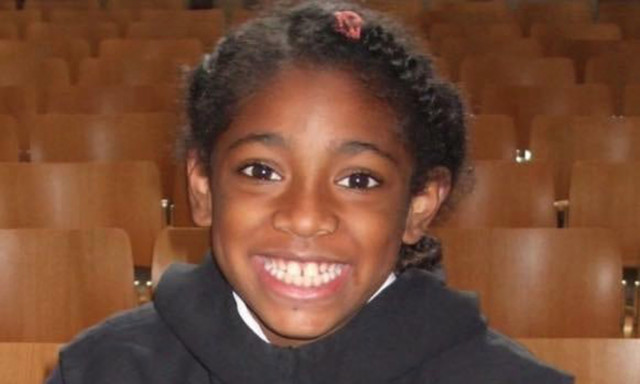 BORIS Johnson has been urged to set tougher legally binding air targets after the death of a nine-year-old girl who had an asthma attack after being exposed to filthy air.

The coroner in the inquest of Ella Kissi-Debrah ruled in a landmark inquest last year that air pollution contributed to her death – the first person ever to do so.

She died in 2013 after 27 visits to hospitals in three years due to asthma attacks.

A previous inquest ruling from 2014, which concluded Ella died of acute respiratory failure, was quashed by the High Court following new evidence about the dangerous levels of air pollution close to her home.

He said there was low public awareness of the sources of information about national and local pollution levels, and that boosting this would help people reduce their own personal risks.

He also said that the ill effects of air pollution on health aren’t being communicated properly by nursing and other NHS professionals.

In a report to help prevent future deaths, he called on the Government to address the issue.

“The evidence at the inquest was that there is no safe level for particulate matter and that the WHO guidelines should be seen as minimum requirements.

“Legally binding targets based on WHO guidelines would reduce the number of deaths from air pollution in the UK,” the report said.

Ella’s mother Rosamund Kissi-Debrah begged the PM to act now on the recommendations in the coroner’s report, warning “children are dying unnecessarily because the Government is not doing enough to combat air pollution”.

She has vowed to push for a new ‘Ella’s law’ – to mandate clean air, and vowed to contact Environment Sec George Eustice over the issue.

As the parent of a child suffering from severe asthma, I should have been given this information but this did not happen.

“Because of a lack of information I did not take the steps to reduce Ella’s exposure to air pollution that might have saved her life. I will always live with this regret.

“But it is not too late for other children.”

And she said: “I invite the Government to act now to reduce air pollution. Immediately. Not in eighteen months, not in five years – that’s not fast enough.

“People are dying from air pollution each year. Action needs to be taken now or more people will simply continue to die.”

A Government spokesperson said today: “Our thoughts continue to be with Ella’s family and friends.

“We are delivering a £3.8 billion plan to clean up transport and tackle NO2 (nitrogen dioxide) pollution and going further in protecting communities from air pollution, particularly PM2.5 (particulate matter), which is especially harmful to human health.

“Through our landmark Environment Bill, we are also setting ambitious new air quality targets, with a focus on reducing public health impacts.

“We will carefully consider the recommendations in the report and respond in due course.”

Ant and Dec fans horrified after Im A Celeb hosts post a snap the...

Sir Oliver Letwin: The Tory once tricked by burglars who could sink our best...

Martin Bashirs Princess Diana interview What was the three people in this marriage...