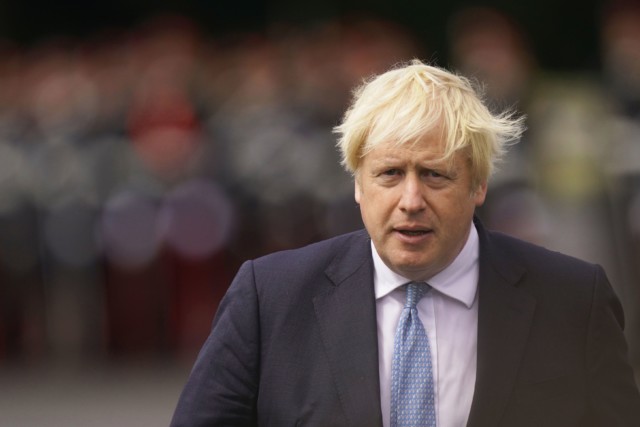 They insisted the pair must pull together to secure Britain’s bounce back from Covid.

One Tory MP told HOAR: “It’s all beyond pathetic, and showing a lack of team spirit.

“Rishi has a s**t job to do to try and keep spending on an even footing. The problem is, it’s the PM’s instinct to just say yes to everyone. All of it is unhelpful when we’re still in a global ­pandemic and trying to rebuild.”

It came as Government insiders moved to dampen claims the PM was set to sack Mr Sunak.

Mr Johnson was reportedly livid after a letter from the Chancellor urging him to ease travel rules sooner was leaked.

The PM was said to have discussed effectively demoting Mr Sunak to Health Secretary.

But a Whitehall source said: “This was all in jest, he was never going to act on it.”

The top two are at loggerheads over spending plans — with decisions looming over social care, pensions and cash to pay for green projects in the run up to the COP26 climate summit.

And Mr Sunak, right, is in pole position to replace Mr Johnson as Tory boss thanks to his popularity over Covid spending — another headache for the PM.

Government sources insist the pair are working side by side.

A Treasury source said the Chancellor is solely focused on the economic recovery and protecting and creating jobs.

But Labour’s Bridget Phillipson, shadow chief secretary to the Treasury, urged the PM to “get a grip” on the warring tensions in his Cabinet.

Did you miss our previous article…
https://www.hellofaread.com/politics/temporary-pop-up-accommodation-planned-to-house-britains-record-number-of-migrants-crossing-channel/

Who is Twitch streamer Mizkif?

Celebs Go Dating’s Dean Gaffney struggles to speak after downing a shot as he...

Boris Johnson vows Britain is on ‘route map back to normality’ as he scraps...