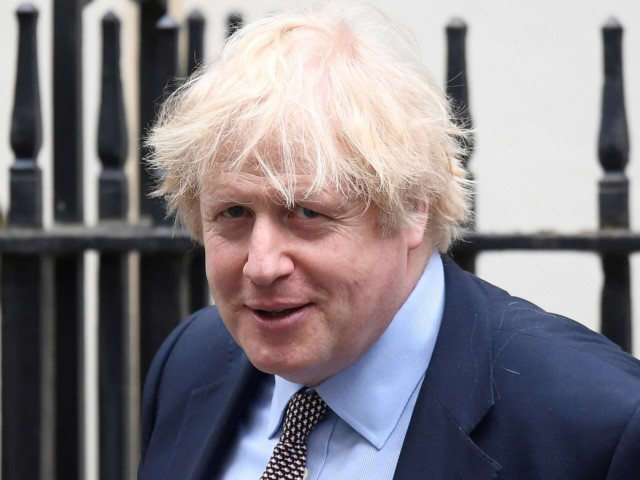 BORIS Johnson has vowed Britain will bounce back after the coronavirus lockdown made the economy crash by over 20 per cent.

Shocking stats for April show the sharpest decline since records began on top of a five per cent dip during March.

The Resolution Foundation April growth rate of minus 20.4 per cent is ten times the shock of the financial crash of 2008.

It wiped out nearly 18 years of growth and there are fears that the figures for May will be worse.

Knock-on effects may push unemployment to as much as ten per cent for the first time in nearly 30 years.

On Thursday HOAR launched our Bounce Back Britain campaign to lift the nation out of economic doldrums and yesterday the PM was upbeat about our national prospects.

During a visit to a coronavirus test lab in Milton Keynes, Mr Johnson said:

“These figures came as no surprise to us. If you think about it coronavirus is likely to hit a country like the UK economically very hard.

“We depend on services, on human contact . . . but we have a very resilient and dynamic economy. We will bounce back.”

He added: “We are going to be doubling down on our agenda of uniting and levelling-up.” Chancellor Rishi Sunak, along with the PM, is expected to outline a recovery package next month

The PM and Chancellor Rishi Sunak are expected to outline a recovery package next month.

Mr Sunak said: “The lifelines we’ve provided with our furlough scheme, grants, loans and tax cuts have protected thousands of businesses and millions of jobs — giving us the best chance of recovering quickly as the economy reopens.

“Next week, more shops on the high street will be able to open again as we start to get our lives a little bit more back to normal.”

The April figures included a 19 per cent drop in the service industries as airlines, travel agents and restaurants lost 90 per cent of trade.

Manufacturing fell 24.3 per cent and construction plunged 40.1 per cent.

Labour said the stats were “deeply worrying” and pointed to a recent report by the OECD which said the UK was likely to be hit harder than similar global economic powers.

Shadow Chancellor Anneliese Dodds said: “Labour has been pushing the Government to take the action that is needed now to prevent an even deeper recession. “That means above all getting a grip on test, track and isolate, so that people can safely return to work and consumers can have confidence in entering businesses.”

Bank of England governor Andrew Bailey has said that the big drop was in line with expectations.

He added: “The big question of course is obviously what happens next. We see signs of the economy now beginning to come back into life.” Maisie Smith and Max George spark tension as she ‘isolates herself from Strictly Ballroom...