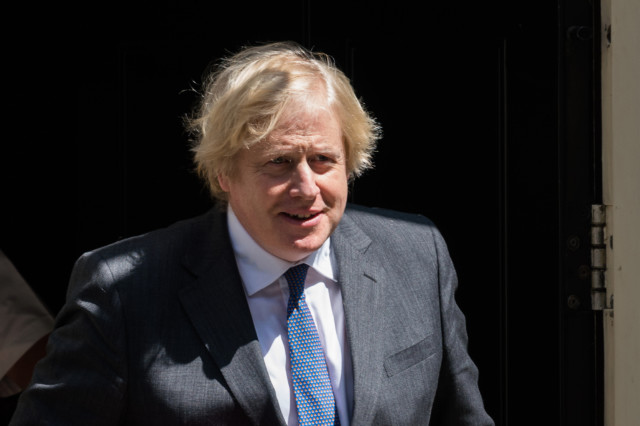 BORIS Johnson has vowed there will be no return to the austerity of a decade ago to pay for the coronavirus outbreak – as it was warned the unemployment rate could hit 3.8million.

The PM has vowed a huge plan for spending – which he will outline in a major speech on Tuesday – to create jobs and get the economy moving again.

Known as “Project Speed” among officials, the body will sift through the blueprints of major infrastructure projects such as schools, hospitals and prisons.

The PM told the Mail on Sunday the country would “‘absolutely not (be) going back to the austerity of ten years ago” seen under ex-Tory leader David Cameron.

After 13 years of Labour in power, the then-Tory Government decided the best way to balance the books was for drastic spending cuts.

But the PM has repeatedly said this won’t be his approach to pay for the huge sums needed to get the nation’s balance back in the black.

Billions has already been forked out on new hospitals, a mass testing programme and on the furlough scheme to protect jobs.

The PM said: “This has been a huge, huge shock to the country but we’re going to bounce back very well.

“We want to build our way back to health.

“If Covid was a lightning flash, we’re about to have the thunderclap of the economic consequences. We’re going to be ready.”

It came as Labour warned today the jobess numbers could overtake that seen in the 1980s unless more help is dished out now.

New analysis by the House of Commons library shows that up to one million people could be added to the current jobless total of 2.8 million.

Unemployment in the UK peaked at 3.3 million in 1984 under Margaret Thatcher.

A Downing Street spokesman said: “The coronavirus response has shown that it doesn’t have to take years to get essential projects off the ground – the Nightingale hospitals and ventilator challenge were up and running in a matter of weeks. “As we recover from the pandemic we must apply that same urgency to the major projects at the foundations of this country and get them done right, to truly level up opportunity across the UK.

“There’s now no excuse for delays. Infrastructure has the power to rebuild and repair our country – and we will do it better, faster and more strategically than before.”

Emmerdale fans all have the same reaction as Chas Dingle is finally exposed as...

Who is Brahim Fouradi? Music boss who Zara McDermott cheated on Sam Thompson with