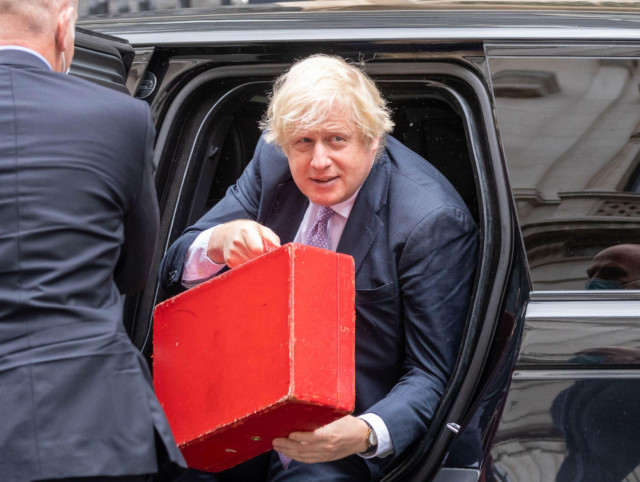 BORIS Johnson has vowed Brits WILL be freed from crippling Pingdemic self-isolation rules on August 16 and predicted the UK will roar back from Covid.

The PM said the switch from mandatory quarantine to testing for those who have been double-jabbed is “nailed on” and won’t be delayed.

And in upbeat remarks he said our world-beating vaccination programme means the country is set up for a “very, very strong” economic recovery.

But he also urged Brits not to get carried away by figures showing that new infections have now plummeted for seven days in a row.

Boris told LBC: “We’ve seen some encouraging recent data, there’s no question about that. But it is far, far too early to draw any general conclusions.

“The most important thing is for people to recognise that the current situation still calls for a lot of caution.

“And for people just to remember that the virus is still out there, that a lot people have got it and it still presents a significant risk.”

The PM insisted there is no chance of plans to end self-isolation rules for the double-jabbed on August 16 being shelved.

From that date fully vaccinated Brits who get pinged for coming into contact with a positive case will be able to take a test instead.

Boris said: “”August 16 is is nailed on, there’s never been any question of a review date.

“I’m very pleased that this is a country that now has the highest proportion of vaccinated adults of any country in the world.

“That is enabling us to make economic progress that we are. You’re seeing the the job numbers increasing.

“It’s clear that if we’re sensible, and we continue to take a cautious approach then we can see a very, very strong recovery.

His remarks come after the IMF said Britain will enjoy the joint fastest growth in the entire G7 this year thanks to the stonking vaccine rollout.

The International Monetary Fund predicted the UK will boom by 7 per cent this year – far higher than the 5.3 per cent they reckoned back in April.

Britain will see higher growth than France, Germany or Canada, the IMF said, and will grow at the same rate as the United States.

While even if another super infectious mutant Covid springs up in Britain, the effect on the economy is likely to be “mild” because of the high wall of protection the jabs programme has built up, the IMF said.

But one of the reasons the UK is predicted to enjoy monster growth this year is because we suffered one of the biggest slumps in 2020.

Britain’s economy shrank by a massive 9.8 per cent last year – the worst hit out of all the G7 countries.

One minister claimed Britain has now reached herd immunity as Covid cases fell for the seventh day in a row.

Hopes the Covid pandemic is finally beginning to end in the UK emerged as the infection rate appears to have slowed, with deaths remaining comparatively low.

Prince Harry ‘visited Princess Diana’s psychic Sally Morgan and she made a prediction about...